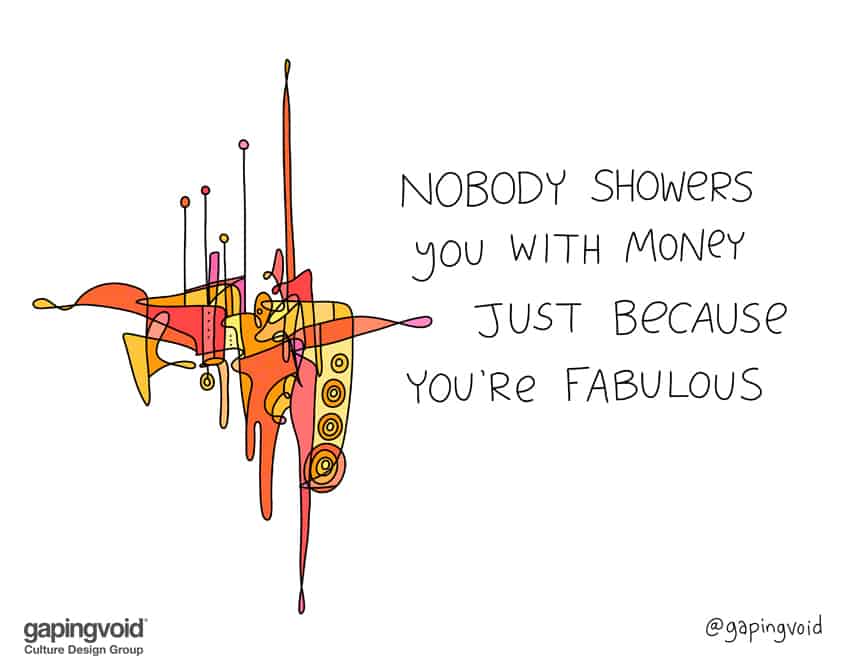 The big story last week is in The Verge, on how a super sexy ($1.4 Billion market cap worth of super sexy) New York startup luggage & travel company, Away, is, in fact, a really crazy and toxic place to work.

When you take on $100 million worth of VC investment, you’re going to have a lot of VCs coming after you with a red hot poker. So it stands to reason some of that red hot poker action will work its way down the food chain to more junior employees, and then on to gossipy stories in the media. Nothing new here.

If you just moved to New York in your early twenties,  with a mountain of ivy league student loan debt, you’re going to need a lot of money. Your CEO knows this, and knows you can’t afford to quit, ergo doesn’t mind squeezing you in the same manner the VCs are squeezing her.

If you want your employees working 100-hour weeks till they drop, but don’t want to pay them a lot, the best way to do that is to start a cult. Educated, qualified cult members will work for nothing. Older, experienced, family burdened folks with a house in the burbs, will not. But this does go a ways in explaining why so many startup CEOs these days remind one of Bhagwan Shree Rajneesh.

The main lesson here is, beware of working for super sexy companies in general. They know what the deal is; the deal is you get to bask in their glory (and get THEIR name on YOUR resume), in return, they get to squeeze you till the pips squeak because THEY KNOW you don’t have a better option.

Sure, NOT ALL supersexystartups are rancid, toxic hell holes. Just some of them, for the reasons, stated above. Forewarned is forearmed.

CAVEAT: We don’t know Away, we don’t know its people, we don’t have the full story, we just have just The Verge’s word to go on. Who knows, they might have a lot of people who love working there. They’re from New York, after all- and a lot of New Yorkers thrive in these kinds of tough, super-competitive environments (e.g. Wall Street banks). Manhattan isn’t a place for the faint of heart, and it’s possible The Verge failed to factor that in. They only seem to have covered the negatives; we can assume there are a lot of (unreported) positives, too. Life is rarely that black and white. Secondly, for all the “We’re not a luggage company, we’re so much more than that”, at the end of the day they make their money selling suitcases i.e. they’re in RETAIL and tech start-up city dwellers may not grok the realities of the brutal retail business.