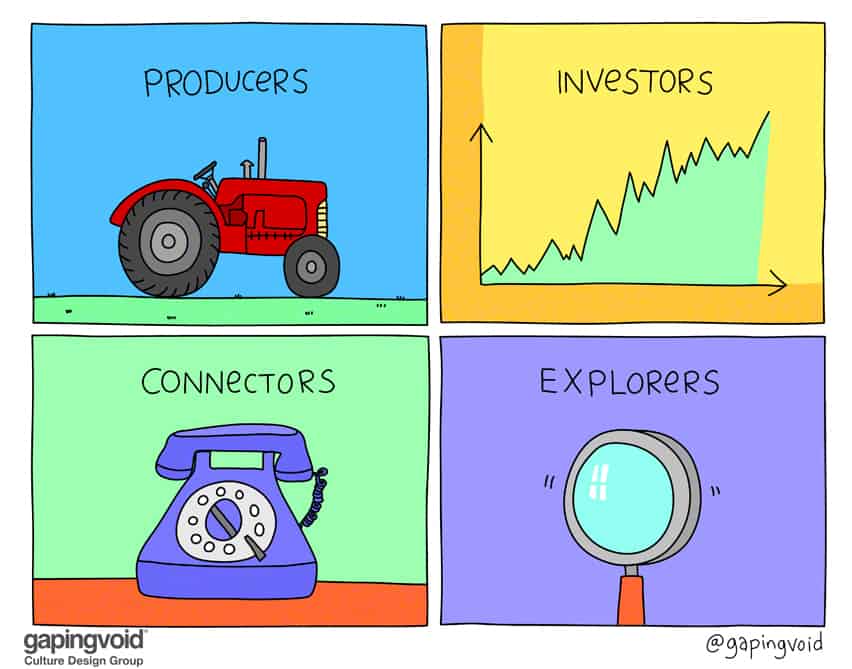 Here you have it: “Four Leadership Mindsets Driving the New Economy.” Producers. Investors. Connectors. Explorers. Make of it what you will.

In Roman times, before you got to be a Senator, first you had to do a stint as an officer in the army.

In the Middle Ages, kings were expected to lead their armies into battle (like Henry V at Agincourt).

The lesson is clear: If you want to be in charge, you have to be willing to lead, to REALLY lead.

That also means it’s not just about you. If you want to build a successful organization, you have to build an organization of leaders.

And you’re either doing it or you’re not.