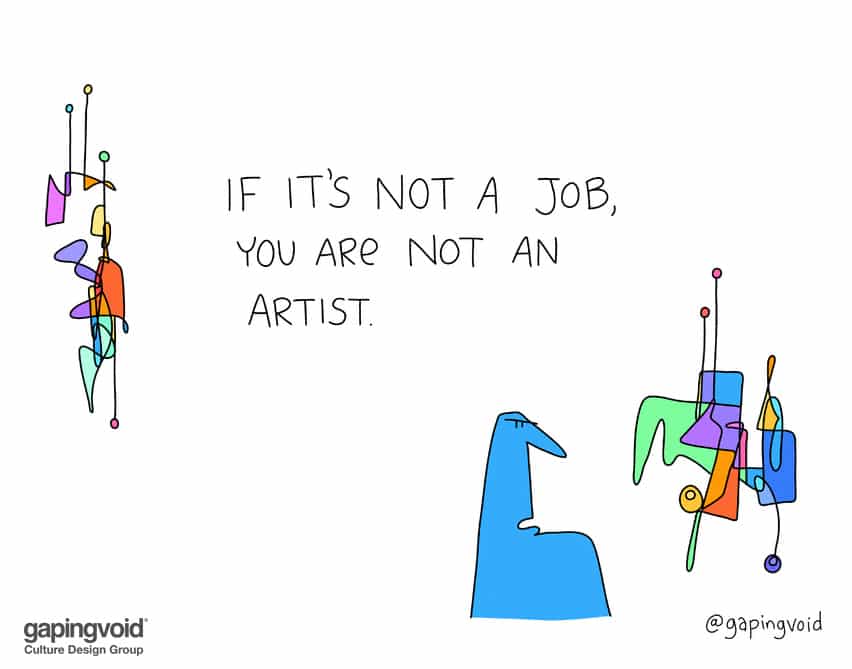 Before John Coltrane, before Charlie Parker, even before Ben Webster or Lester Young, there was Coleman Hawkins, the great music titan, the man who first brought tenor saxophone to jazz.

Coleman’s big hit was 1939’s “Body And Soul”, one of the great soul tracks of the Twentieth Century.

Here’s a great story about the song’s genesis:

“There’s a bit at the beginning of the article about the song’s composer, the 21-year-old Harvard graduate, Johnny Green. Green was asked if he had known while writing Body and Soul, that it would become the most-recorded torch song ever. He replied, ‘No, all I knew was that it had to be finished by Wednesday.’”

The more (and sooner) you treat it like a job, and not some airy-fairy, arty-farty thing, the happier you will be. That’s pretty much how the game works.