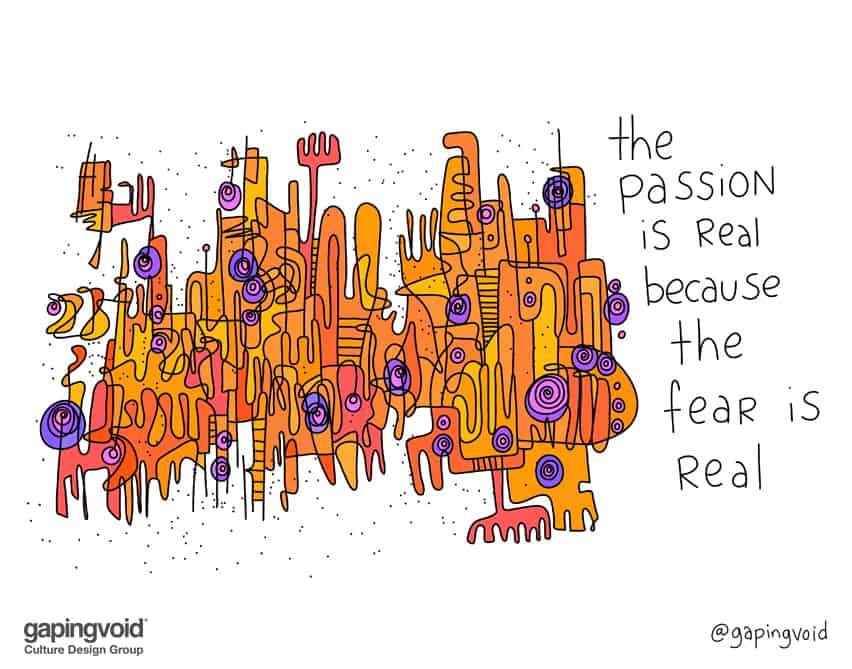 Eaon Pritchard is an advertising planner by trade and founder of the communications and behavioral design consultancy artsciencetechnology.com
He works out of Melbourne, Australia but helps companies all around the world solve problems by working with human nature rather than against it.
He is also the author of the cult advertising classic ‘Where Did It All Go Wrong: Adventures At The Dunning-Kruger Peak of Advertising’, available on Amazon worldwide and in discerning bookstores.
His second book ‘Shot By Both Sides: What We Have Here Is A Failure To Communicate’ is due in time for Christmas 2019.

The naturalistic fallacy, as outlined by Scottish Enlightenment philosopher David Hume, is the leap from is to ought.

The moralistic fallacy is the opposite. It refers to the leap from ought to is. To claim that the way things should be is the way they are.

For example, take some randomly selected Simon Sinek platitude like this:

This kind of glibness falls squarely into the reverse naturalistic bucket, which makes them great fodder for the masses of Linkedin suckers. Now LinkedIn is choc-full of professionals.

But the real problem lies in the fact that intelligence and rational thinking –although related – represent two fundamentally different constructs.

Some psychologists like the term ‘dysrationalia’ (we like that too, and we’re pitching a pilot to Netflix).  The inability to reason despite having adequate intelligence.

And outside of Simon Sinek’s world, for most people, the reality of their jobs is somewhat different. It is closer to what David Graeber, the anarchist philosopher, calls ‘the shift towards an immaterial economy’. One that creates large numbers of jobs without any apparent social value and experienced as being purposeless and empty by their occupants.’

Although this does free up more time for activities better suited to these harsh environmental conditions and under high levels of competition. Social comparison and status-seeking, for example.

Sinek himself is no sucker, of course. I’d kill for one-tenth of his book sales.

Avoid drawing moral conclusions and implications from observations and don’t allow observations to be directed by any moral and political principles.