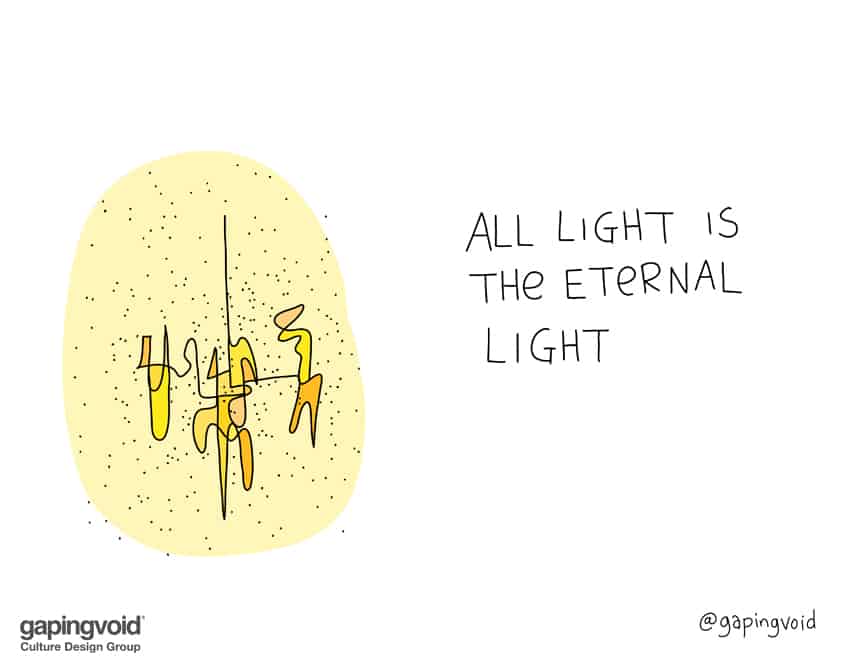 In Medieval Europe, the trade guilds had three ranks:

2. The Journeyman. From the French for ‘a day’s work’, i.e. “journée”. He was paid by the day. If he worked hard and saved his money, one day he could afford to open up his own business and become…

3. The Master. The guy who owns the shop, the guy in charge. After many years of training and paying your dues as a journeyman, when it came time for you to be examined for your worthiness, you’d produce a piece of work that demonstrated to the guild that you had reached mastery. This was called your “Masterpiece”. That’s where the word originally comes from.

The interesting thing is, even though apprentices were lowest in the pecking order, they were highly valued.

This was because a Master’s reputation ultimately didn’t rest with his skills, but with the skills of his students/workers. You had skills that were useful to the guild, but in return for membership, the guild expected you to pass your skills along to the next generation. This also meant that by the time the master reached old age, he’d have fresh, young, strong bodies around to do the actual hard work, just as he was getting ready to kick back.

Just like the Olympic ceremony suggests, you don’t own the torch, you just get to carry it for a bit before passing it along. It’s the flame that matters, not the carrier.

But you had to be a master before you could teach. The great 20th Century scientist, Richard Feynman, once said that the best way to make sure you really know something (mastery) is to teach it to another (apprentice). Makes sense.

And it also makes sense in the corporate world. When a senior executive becomes a mentor to a younger mentee, it’s not just the mentee who benefits. According to HBR:

It’s a story as old as time: you never maximize your true potential until you stop making it just about you.

Again, it’s the flame that matters, not the carrier.