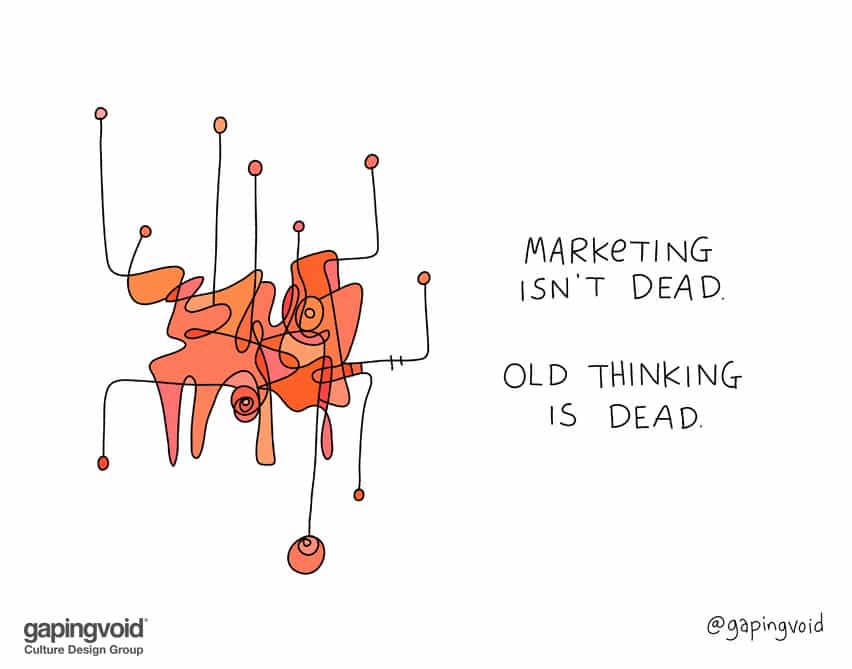 Marcus Engman, the head designer of Ikea these last six years, just quit to go and start his own consultancy.

His big idea? To convince clients to spend less money on marketing, and spend it more on where it matters: Design.

“I want to show there’s an alternative to marketing, which is actually design,” says Engman. “And if you work with design and communications in the right way, that would be the best kind of marketing, without buying media.”

A design guy advocating design over other disciplines. No surprises there. Bully for him.

Though I think he’s making a common mistake. Engman seems to be framing marketing as this external thing, this appendage, that you add on only after the real work has been done… one that ideally you wouldn’t need at all if you had bothered to do your job properly in the first place.

But that’s not what marketing is. Marketing, like design, like business, is basically about solving problems. And you’re either solving real problems or you’re just futzing around.

Back in the 1980s, Audi UK had a problem. For some reason, a lot of Brits thought Audi, a German automaker, was Italian (known back then to be expensive and prone to break down a lot). So their ad agency, BBH was given the brief of letting people know Audi was in fact German (who had a much better reputation for quality and value).

BBH solved that problem with a thee-word tagline, which ran at the end of all their ads: “Vorsprung Durch Technik”.

What does “Vorsprung Durch Technik” mean? It doesn’t matter. What matters is it sounds like something a German car company would say. In German.

So the average man in the street was left in no doubt, without needing to be told what it meant in English. And by not telling him, by letting him figure it out on his own, it made him feel smarter. Which is good for the brand. Double win.

Yes, the clever team at BBH solved the problem, changing the perception of Audi forever, adding millions to the share price. But it was marketing’s job to figure out what the problem was in the first place.

Whatever work you’re doing, always ask yourself the question, what problem am I actually solving? You’ll save yourself a lot of grief that way.