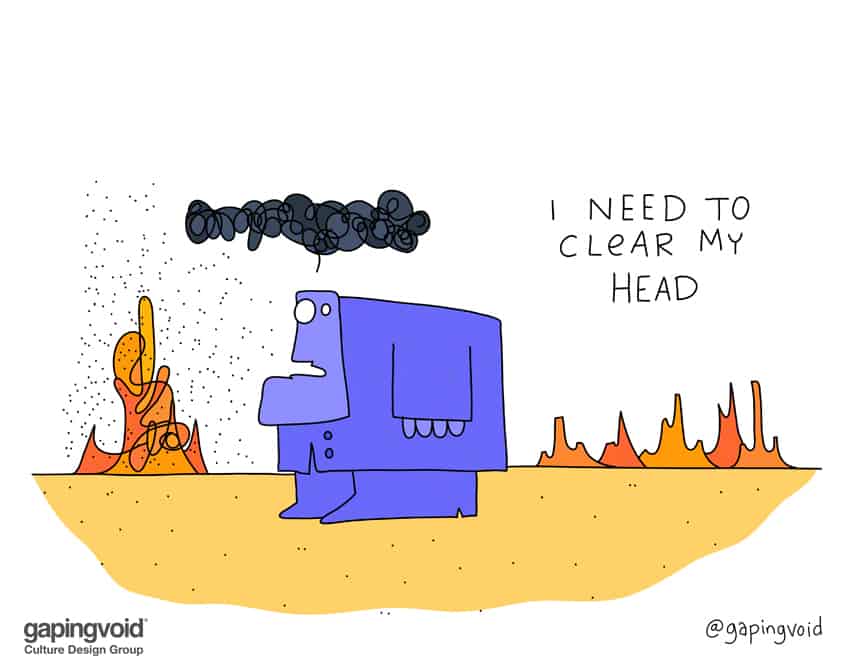 Bob Hoffman is the author of four Amazon #1 selling books about advertising. He is also one of the most sought-after international speakers on advertising and marketing.
One of his books, “BadMen: How Advertising Went From A Minor Annoyance To A Major Menace” exposed many of the dangerous data abuse practices that are now making international headlines. It was selected “Best of Marketing 2017” and has been nominated for “Marketing Book of the Year.“
Bob is the author of the hilariously caustic The Ad Contrarian blog, where he rants endlessly on against phonies, fraudsters, fakers and so-called influencers to great acclaim, named one of the world’s most influential marketing and advertising blogs by Business Insider.

A bird is flying around and gets blown by the wind. He doesn’t know why. We could try to explain to him that hot and cold air cause differences in air pressure and when the air in an area of high pressure is forced toward an area of lower pressure wind ensues.

But I doubt he’d understand that.

We could try to explain to a cat that when she’s walking around and waterfalls from the sky and gets her wet, it’s because of processes like evaporation and condensation, but once again, I don’t think she’d understand.

The brainpower of birds and cats have limits. But we believe we’re different. Given enough information, we believe we have the ability to understand everything. Is it reasonable to assume that every other creature on earth has limits to its brainpower but we don’t? What evidence is there to support this?

Until recently we thought we knew what the world was made of. It was made of matter and energy. Matter constituted everything of substance – stars, cars, water, electrons, quarks. And energy was divided into four types – gravity, electromagnetism, and the strong and weak nuclear forces.

But now we’ve discovered (by “we” I don’t mean you and me. I mean people a lot smarter than you and me, like astrophysicists) that all the matter and energy we know about probably constitute only 6% of the universe. That means we have no clue what 94% of the universe is.

We call it “dark matter” and “dark energy,” and we assume it’s some undiscovered manifestation of matter and energy. But we’re just guessing.