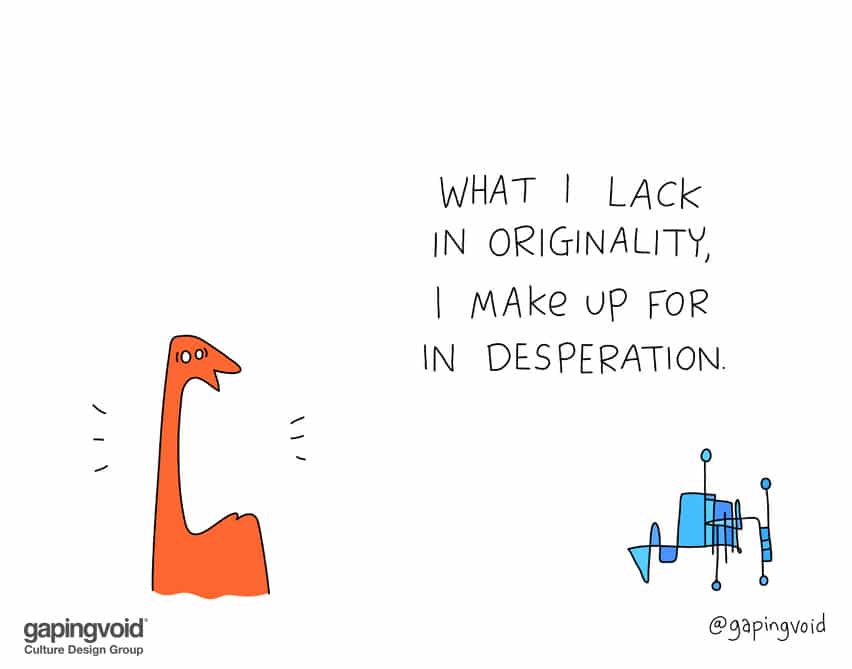 Here’s how we heard the story:

A guy was charged with the task of increasing a toothpaste brand’s sales by 25%. If he succeeded, he’d make a fortune.

A product guy would have suggested spending a few hundred million on R&D, perfecting the toothpaste formula.

A marketing guy would’ve suggested changing the incentive program with their sales team, plus making huge deals with all the big supermarkets and drugstore chains.

Our guy? His answer had only a few words.

And hey, it worked.

Is this a true story? You tell me.

What is true about the story is that this is how real innovation works. Worrying less about convention, worrying more about the actual problem.

As we’ve said before, business is mostly about solving problems.

Too many people worrying about perfecting their conventional solutions to the problem, and not the actual problem itself.

Which works most of the time.