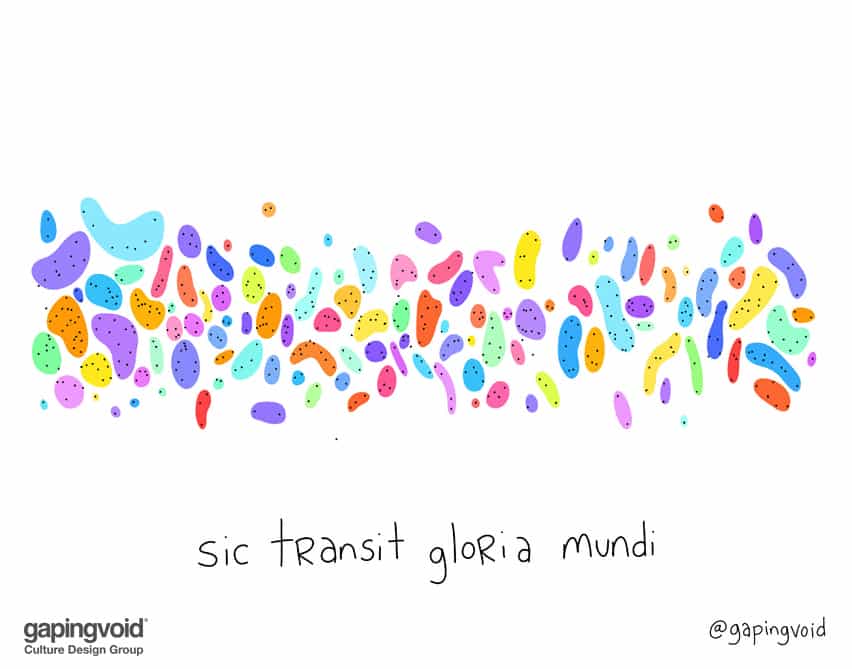 Some of the biggest news in creative circles this year has been that Jony Ive is leaving Apple, after a quarter-century of reaching the highest heights of industrial design.

‘Sic Transit Gloria Mundi’, as they say. So passeth the glory of the world. Nothing lasts forever, nobody is irreplaceable, not even Jony.

Sure, all this transience can be kinda sad (The Japanese even have a word for it, “Monoaware” ), but it can also be liberating. When we treat the world as a flowing river, and not like a big, immovable boulder, we become more ready for, and able to, change.

No, you don’t want to be that person. Being killed wouldn’t suit you.

PS- It is worth thinking about the capacity to turn on a new design agency, where the best companies in the world are likely to beat a path to your door, and not have to deal with the vagaries of the market, an independent board, Monday morning quarterbacks, and what most certainly was a hard daily grind, despite all the accolades, esteem and great press.