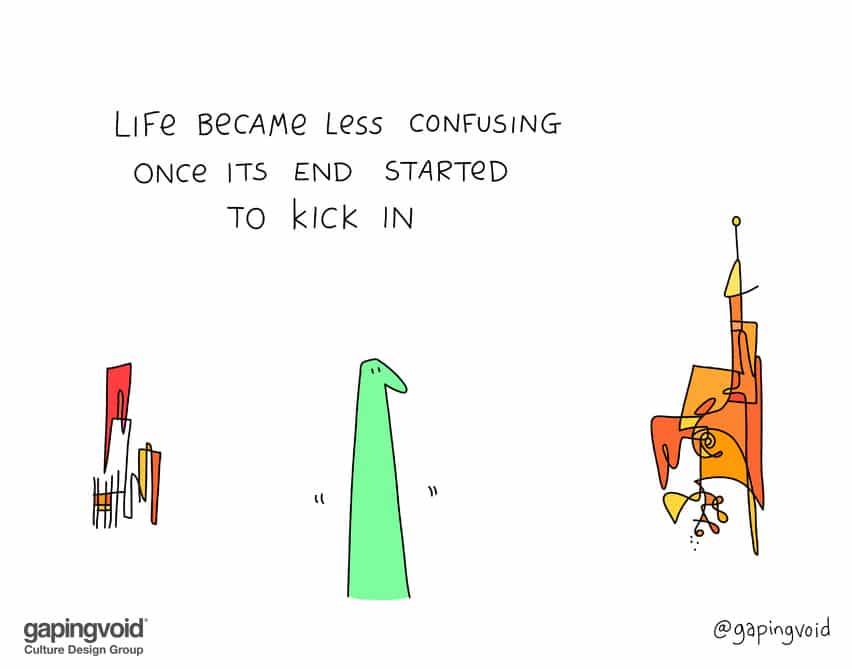 [NB. SPOILERS AHEAD] Tolstoy’s Prince Andrei (“War And Peace”) is one of the great tragic figures in literature.

He starts off promisingly enough- an idealist, an A-List aristocrat, good looking, smart, a father, a husband, a loyal friend, a dashing young officer in the Russian Army, loved and admired by everyone who knows him.

But in spite of having all that, he’s not happy. He’s a miserable ol’ grump. He broods a lot. He sighs a lot. He’s always complaining. Bored by all the material trappings of aristocratic life, contemptuous of all the politics, gossip, and hangers-on at court, he feels something is missing, and that only by achieving “Glory” will his existential crisis be assuaged.

So at the Battle of Borodino, instead of a safe staff position behind the lines (like all his friends have), he insists on giving it up for a position in the front lines, leading troops into combat.

While the battle rages on, he’s left on the sidelines with his troops, pacing back and forth, frustrated and bored, waiting for the order to charge to arrive, so he can go forth and get some of that aforementioned glory.

But that moment of glory never arrives. Instead, a stray, random mortar suddenly comes out of nowhere and lands next to him, blowing a big, nasty hole in his stomach.

Andrei falls to the ground, screaming, “I love this life…!!!”

Andrei spends what short time he has left on earth realizing the total *emptiness* that his quest for glory was, that instead of being grateful for his considerable blessings, he had spent his best years chasing some silly vanity project, but now it was all too late…

And then he dies.