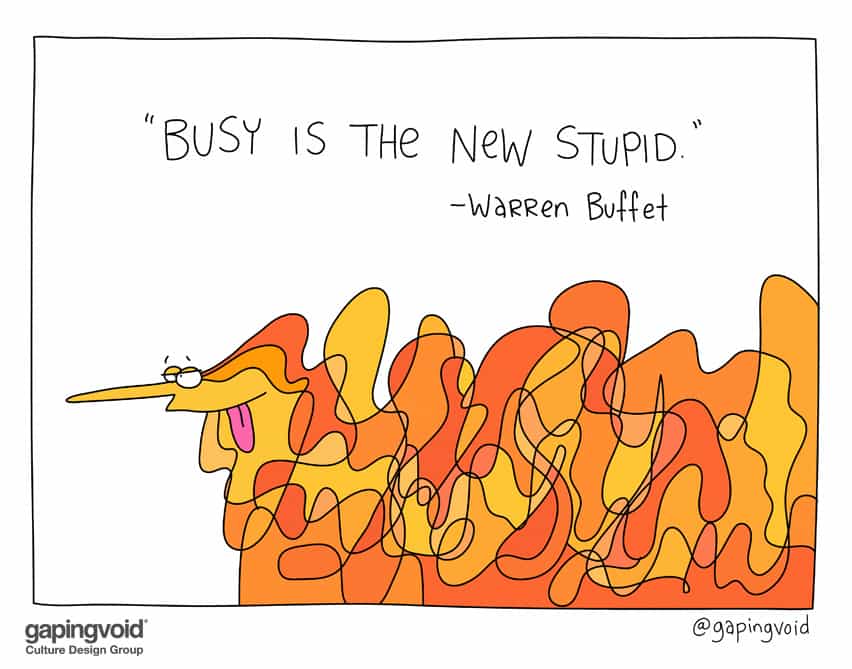 Napoleon said it best, to paraphrase:  “I can always recapture lost territory. A single second of time, however, never.”

We Americans have trained ourselves to value money over most things. It’s not that money is the end-all-and-be-all, but that it’s so good at solving problems.

Bored? Throw some money at the problem.

Lonely? Throw some money at the problem.

Lacking inspiration? Throw some money at the problem.

The end result is, well, most of us do alright financially (compared with everywhere else). But we’re all stretched for time.

“Time poverty”, they call it. The main cause of unhappiness in the affluent world. Everybody’s too damn busy.

So how do you take back time? How do you restore order to the universe?

Well, it’s a complex problem, with many different ways of attacking it. You could spend an entire lifetime devoted to it (Our friend, Tim Ferriss, already does).

The secret, I believe, is to yield to it- i.e. admit that there is a problem. Stop trying to be Superman; stop trying to be everything (and do everything) at the same time, and start making hard choices about what really matters.