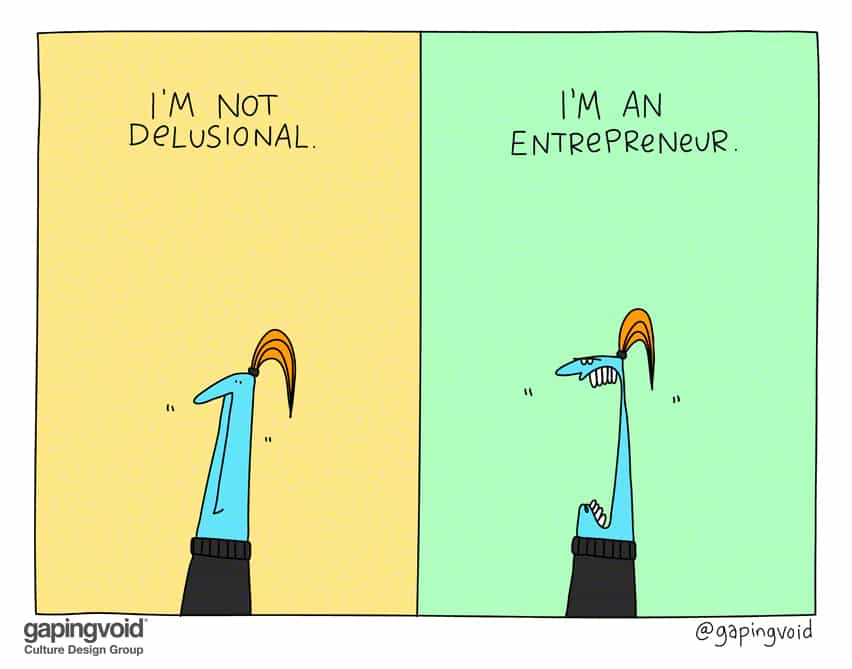 We’ve been watching the Theranos and Elizabeth Holmes train wreck with great interest.

Most entrepreneurs are happy to claim that they’ll do “whatever it takes” to win. It appears that Ms. Holmes actually meant it.

Though what she became should fill anyone with horror, what she started with is perfectly relatable, at least at first. She had the same entrepreneurial drive we all do, just more pronounced, perhaps…  and over time, unchecked.

There’s a certain truth to the idea that in order to play the part, first, you have to look the part. “Fake it till you make it” etc. That’s true to a certain extent, but eventually, the real world comes knocking, asking where’s the beef. And you better have the beef. Or else the whole thing comes crashing down.

In an ideal world, Holme’s little scheme should’ve come crashing down in a couple of weeks, after a few meetings with some skeptical minds. But because of certain unique (and for her, unfortunate) social circumstances (which would be very hard to replicate), she was able to keep it going for a couple of years before it all blew up. And now the newspapers have a big, billion-dollar carcass to feed on.

Why is the story so interesting? Because for all the bizarre drama it created, she really wasn’t *that* different than most of us entrepreneur types. Like many of us reading this, Ms. Holmes had the need inherent to push oneself “beyond normal”.

And sadly for her, it looks like “beyond normal” is exactly what she got. Be careful what you wish for.