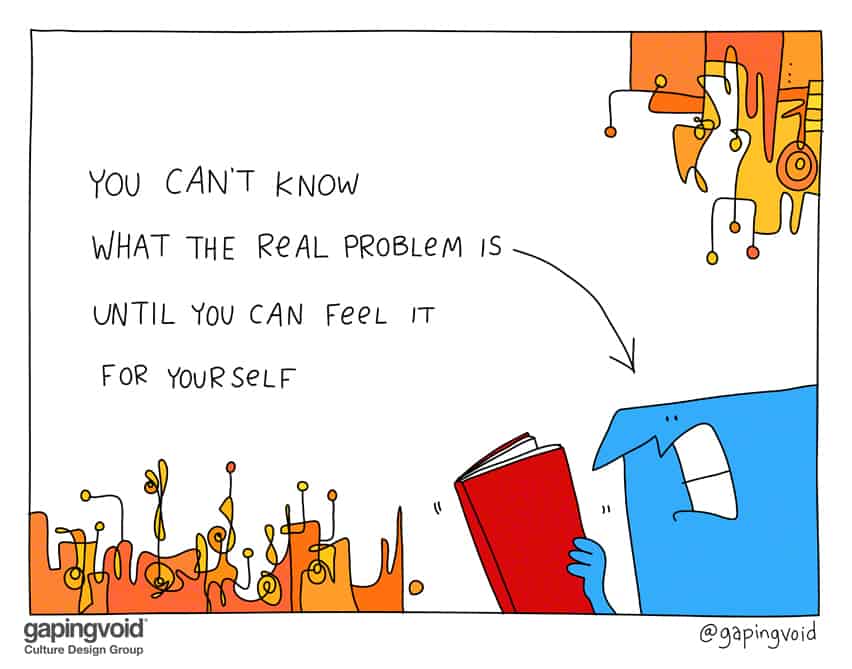 Part of a CEO’s job in any company is dealing with crises. Stuff happens.

And often when it does happen, your first instinct is to panic, or at least, freak out a little.

But perhaps a better alternative would be if the first emotion you felt was *empathy*.

In probably the most famous case study, Back in the ’80s, Tylenol was poisoned on retailer shelves. It was framed as a “public health issue”. That allowed J&J to the bold move of pulling all the bottles off the shelf. This turned out to be the right thing to do, they ended up with a lot of kudos in the end, and they maintained their market share. Without empathy for the members of the public who might have been affected, they could easily have framed it differently- a personal assault on their brand, say- and just left the bottles on the shelves and hope the police would do their jobs.

Or take the recent Boeing scare with their 737 aircraft.

Their framing seemed to be, “This is a technical problem that we can correct with pilot training.”

Whereas maybe their framing should instead have been, to quote the article, “This is a technical problem that we do not fully understand. In light of that uncertainty, we recommend grounding the 737 Max 8s and 9s until we can be sure we know what is causing these crashes, and can satisfy ourselves and all of the global regulators that the plane is safe to fly again.”

You can’t know what the real problem is until you can feel it for yourself. That’s why empathy works. Your real feelings might be tiresome to have, but at least they can’t be faked.