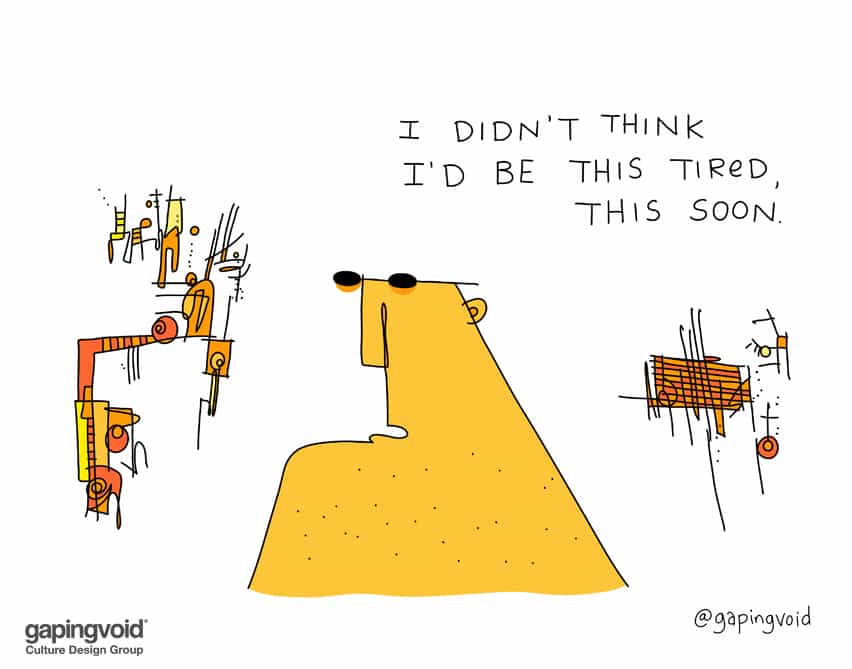 There was an article in the Times about young Harvard Business School grads earning $1.2million a year and yet are still miserable.

“I feel like I’m wasting my life,” he told me. “When I die, is anyone going to care that I earned an extra percentage point of return? My work feels totally meaningless.” He recognized the incredible privilege of his pay and status, but his anguish seemed genuine. “If you spend 12 hours a day doing work you hate, at some point it doesn’t matter what your paycheck says,” he told me. There’s no magic salary at which a bad job becomes good. He had received an offer at a start-up, and he would have loved to take it, but it paid half as much, and he felt locked into a lifestyle that made this pay cut impossible. “My wife laughed when I told her about it,” he said.

So let me get this straight. You’re thirty-eight years old and are “locked” into a lifestyle that needs $1.2 million a year to pay for it? What, did somebody hold a gun to your head and force you to buy that second home in Provence?

It’s a lesson all art students teach themselves eventually: “Frugality is freedom.”

Hating your life is *not* freedom, no matter how much they’re paying you.