Home » Blog » There are only two ways to go 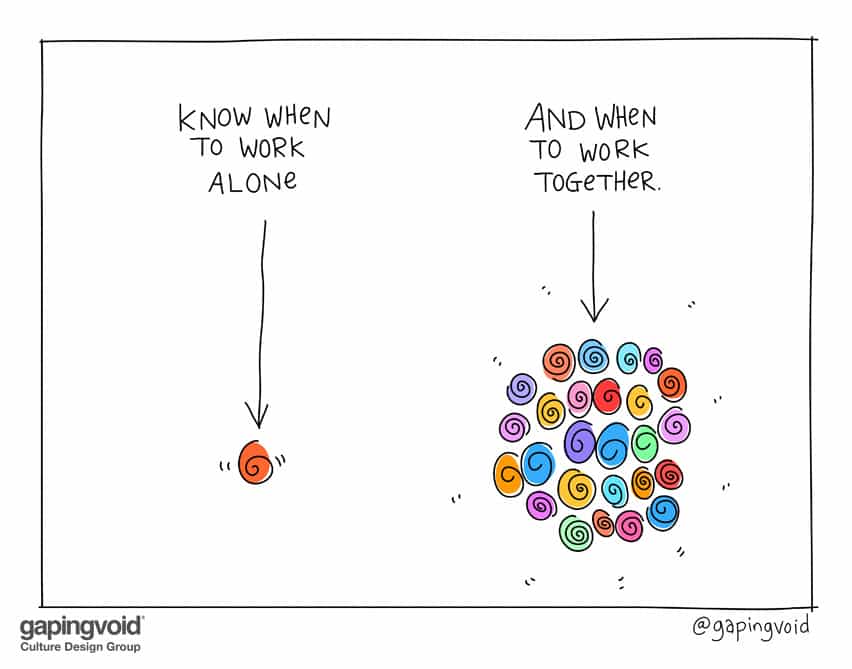 A few years ago, open offices became a thing.

The public rationale was that this would make the office more “collaborative”, which would lead to greater innovation and all-around sexiness.

Which was crock, of course. The real reason was that it made offices a lot cheaper to run per square foot. As usual, the bean counters won out.

But being stuck in your own office all day, all alone, isn’t always ideal, either.

The fact is, we need both. Sometimes we need to be alone in order to get “deep work” done, other times we need something more open and sociable.

People are fluid creatures, therefore they need fluid environments. Nobody wants their days identical, any more than they want their meals to be identical.

Lesson Learned #14: The way to move past an emotion is to first allow yourself to fully feel it. Only then can you let it …

Our Twitter friend, the bestselling author Tom Peters, famously made the word, “Excellence” a thing since the 1970s, when his groundbreaking book, “In Search Of Excellence” caught the …

Apparently, you need to make $136,500 p.a. to be happy in Austin. Around ten grand per month. Sounds about right. Though it does occur to me …