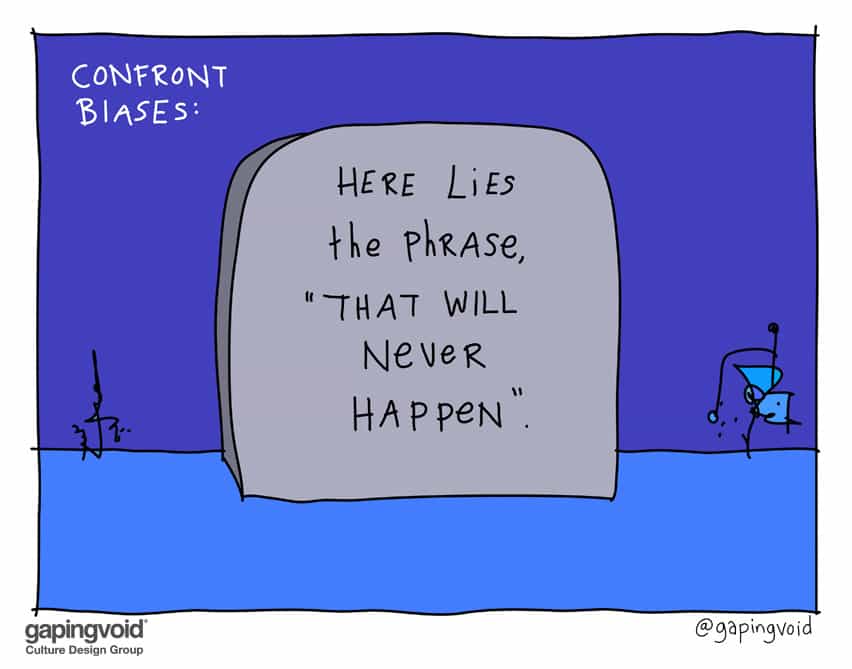 The universe is a very complex place. Obviously, our brains can’t take it all in. So over millions of years, we evolved shortcuts to see the world, with what you’d call biases.

Most of the time this comes in handy. A bias against risky behavior, for example, kept our prehistoric ancestors alive more times than not.

But these biases can also let us down, and we then wonder what the hell happened when everything blows up.

Niall Ferguson once said the four most dangerous words in the English language are “This time will be different”.

That’s our cognitive biases getting in the way again. We think THIS time we won’t step on a landmine, not like those other people. Oh no.

The good news is, it now has a name, popularized by Daniel Kahneman and Richard Thaler, Cognitive Biases. We now know what to avoid. Forewarned is forearmed.

For fun, you can see 250 of them on Wikipedia. The Codex is here.