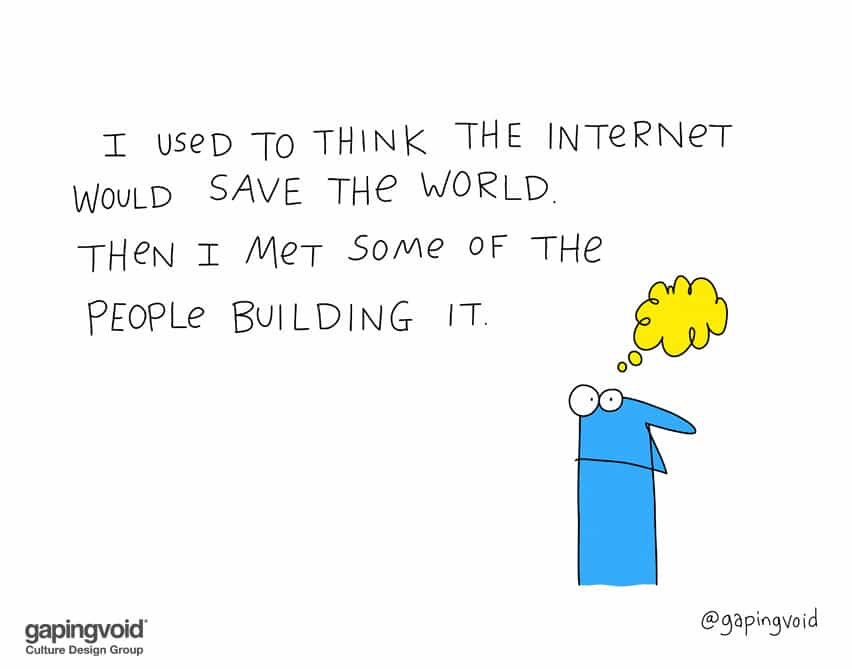 Apologies for the cynical illustration above, but we’ve been thinking about how the very utopian, pioneering idea of the web we grew up with (the same pioneering idea that built the first dotcoms and Web 2.0) is pretty much over, and a new era has begun… with a lot of the smart money saying it’ll be centered around Blockchain.

As mentioned before, the great George Gilder wrote a book about this next era.

How right George and his friends are is anyone’s guess. I imagine they’ll be dead right on some things (billionaires galore), dead wrong on others (bankrupt Ponzi scheme victims galore).

What he knows, however, is that it’s early days. Everything is still embryonic, nothing is fully developed. All you can do is keep your eyes and ears open. The truth will out eventually.

And in the meantime, it’s nice to have something exciting and actually world-changing to look forward to learning about. We all can read about the increasing rate of change, but we are alive in amazing times, and one cannot just stand by and not be in awe of the potential of humanity.