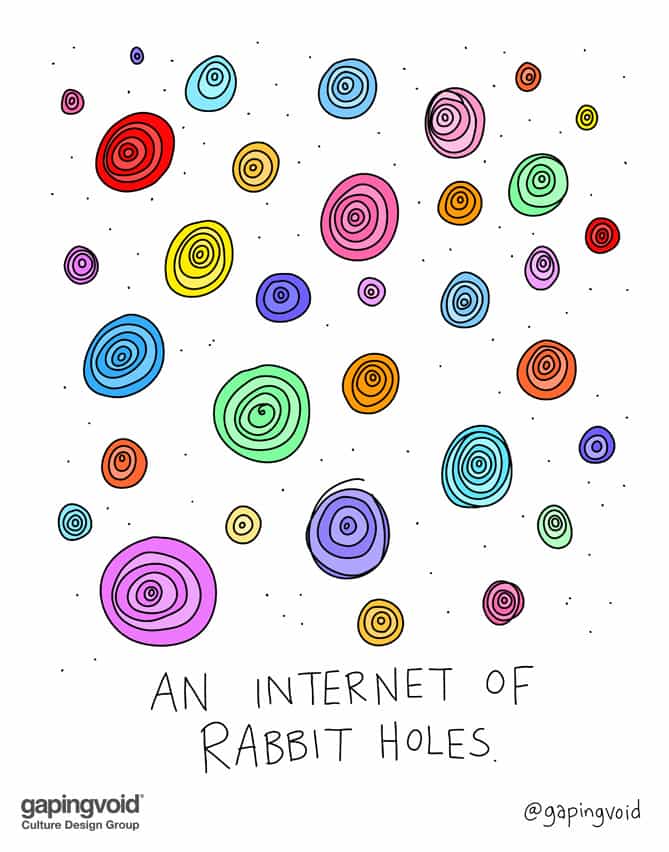 According to Google, to go down the rabbit hole means:

“To enter into a situation or begin a process or journey that is particularly strange, problematic, difficult, complex, or chaotic, especially one that becomes increasingly so as it develops or unfolds. (An allusion to Alice’s Adventures in Wonderland by Lewis Carroll.)”

They were talking about “The Internet Of Things” there for a while (hooking up appliances to the Internet). Fair enough. But to most people, the Internet has become “An Internet of Rabbit Holes”, where people go to lose themselves in whatever is obsessing them that week- politics, art, culture, cosplay etc.

The end result of this is, suddenly we find the mainstream a far less interesting and lucrative place to do business, as people gravitate away from that and towards the weird.

The Internet allows weirdos to find each other. And if they’re really lucky, buy and sell from each other. Why give all your money to tech bros when you can give it to your kindred spirits instead? I think it’s beautiful.