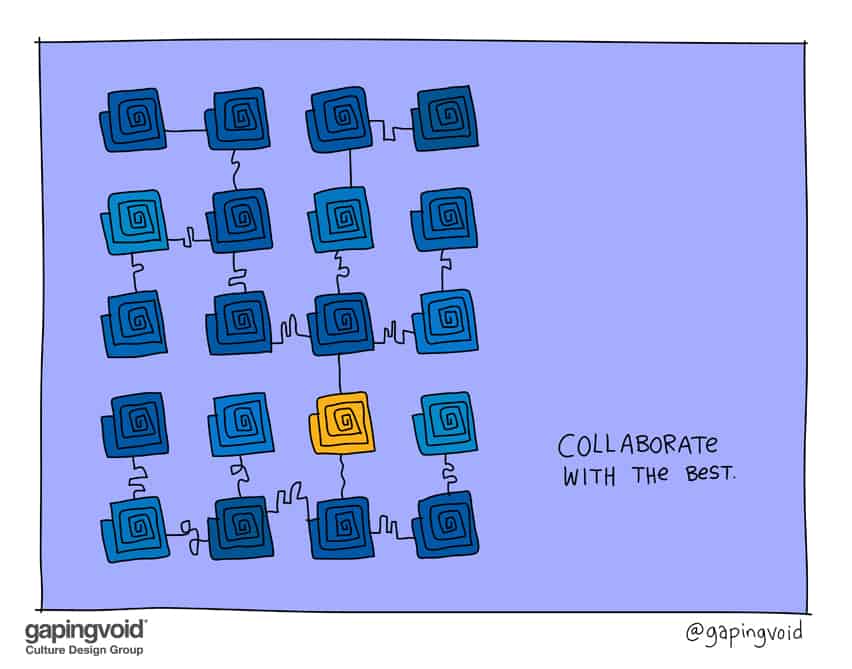 One thing you’ll notice, when you read old interviews of Led Zeppelin (one of the greatest rock bands of the last fifty years):

You’ll hear all about the music, the band members, and the rock and roll lifestyle.

But you’ll hear no mention of Peter Grant.

Who the heck is Peter Grant?

Peter Grant was their manager. He was said to be one of the most ruthless, innovative  and effective managers in the business.

But he didn’t want his name to be known. He didn’t want the fans thinking of Led Zeppelin as a “business”, which of course it was. He just wanted the band to be all about the music and the spectacle.

So when you read about Zeppelin, Peter made sure you heard all about the four long-hairs on stage, and zero about Peter and his wheeling-dealings.

Even if Peter was as an important and irreplaceable part of the operation as any of the musicians.

What does this tell us?

That art doesn’t just happen. That nobody really succeeds alone. That art, even at the highest level, requires collaboration with non-art parts of the world.

A good thing to remember if you’re trying build something.