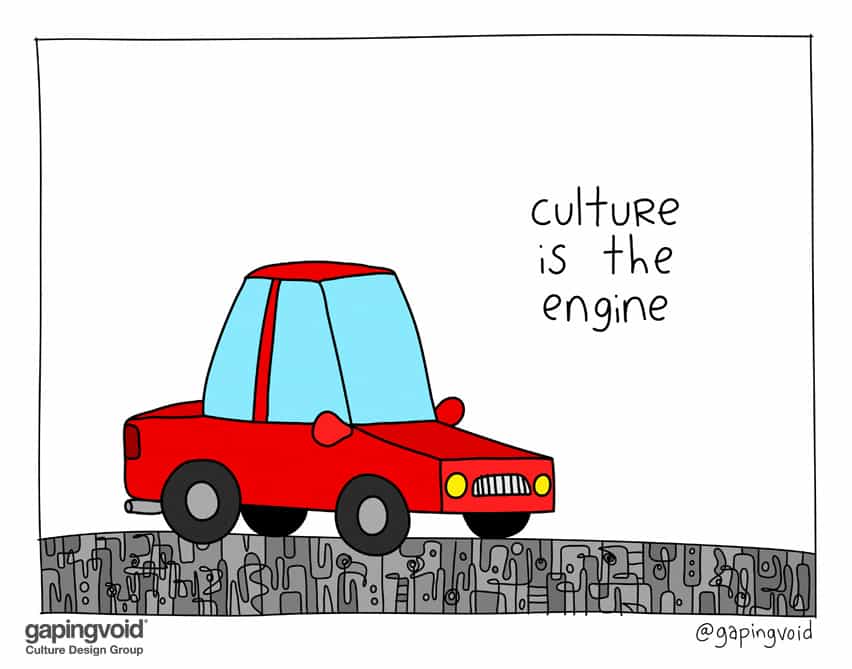 A car’s exterior is the first thing anyone sees, but it has very little effect on how the car actually runs. Sure, the design of the body can effect the aerodynamics, but none of that matters if the engine doesn’t work right.

Your culture is your engine. Most people will never look at your engine, but it is essential to power your organization.

Pixar has made sure their company looked stylish from the outside; the DVD extra features of Monster’s inc showed scooters, tiki lounges, secret rooms, mini golf, and toys.

It turned out that there was something wrong underneath the hood. At least for women and people of color.  Pixar’s culture was hostile to them. Pixar has had only one female director, Brenda Chapman on Brave, who was fired from the production in 2011.

While the film remained true to her vision without her, Chapman wrote about the experience: “Sometimes women express an idea and are shot down, only to have a man express essentially the same idea and have it broadly embraced. Until there is a sufficient number of women executives in high places, this will continue to happen.”

This culture was a reason Rashida Jones and Will McCormack quit writing Toy Story 4.

But there is a really interesting unreconciled tension. In Daniel Coyle’s recent book “Culture Code”, Coyle extensively explores the fantastic, engaging and supportive culture at Pixar. He writes in part: “Make Sure Everyone Has a Voice: Ensuring that everyone has a voice is easy to talk about but hard to accomplish…Pixar calls them Dailies, all-inclusive morning meetings where everybody gets the chance to offer input and feedback on recently created footage”. Coyle quotes Pixar co-founder and president, Ed Catmull, extensively as a poster child of how to build a great culture.

So, what gives? Is it possible for an organization to be both toxic and supportive? Can you have a group of people who are really dissatisfied with how they are treated, and at the same time, a group who is hyper-engaged and really happy? Do we live in a world of absolutes? Is this just spin?

This is a really interesting subject, and one we would like to explore more, so if you have a story about organizations where there are dichotomies of experience, we’d love to hear about it. [email protected]