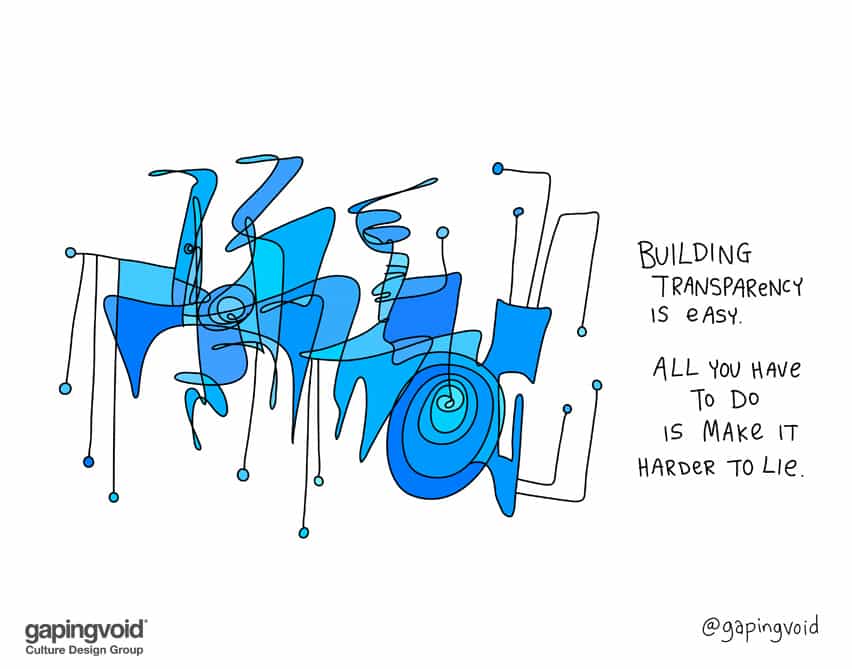 Toddlers already know ROI. It happens naturally when they learn how to lie. An opportunity to snag the extra cookie? Avoiding punishment for the mud stains on the carpet? A three year old can take a chance. Thusly they begin to understand cost benefit analysis.

What if there were no risk to the opposite: telling the truth? If you were praised—even after an initial scolding—for showing the homeowner your remorse for breaking their window with your ball?

The LDS church explored this idea in their late 1970s television ads that put honor and transparency on a pedestal. Clearly the ads had a lasting effect, given the melody is stuck in my head some 35 years later.

Recognize that telling a lie is almost as gut-wrenching in the moment as facing the truth. The person spinning the falsehood knows what’s what. They know there’s a risk in being found out.

You don’t need to make it hard to lie, per se. Just make the reward for truth-telling so juicy it becomes uninteresting—unworthy of one’s time, even—to fabricate or sugarcoat.

It’s the stuff from which heroes are made.