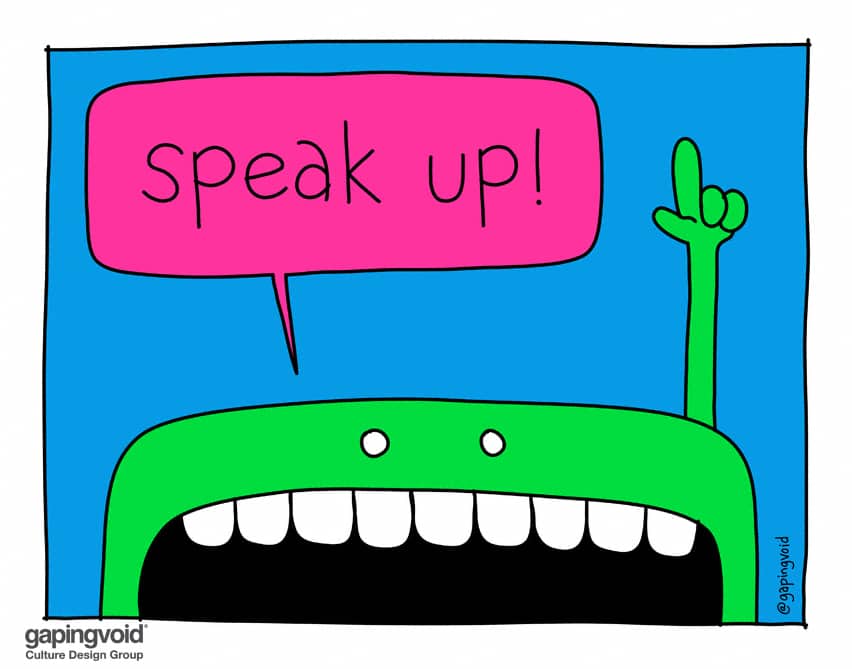 “The worst bad habits are learned early on.”

Reid Hoffman once said: that a company’s culture is forged in the first 150 employees.

Which also means: The worst bad habits are learned early on.

So if your employees aren’t speaking up, that’s because somewhere along the line (probably early on), your culture taught them to act that way.

And as leader, it’s your job to change that. Of course it is.

And how do you do that, once your company is well beyond the 150 mark? Not by sending a memo, not by making proclamations from on high, but by making sure that the key influencers in the company are speaking their mind, and allowing others to do so. They will lead, others will follow.

[Here’s an article about allowing employees to speak their mind. Great stuff!]