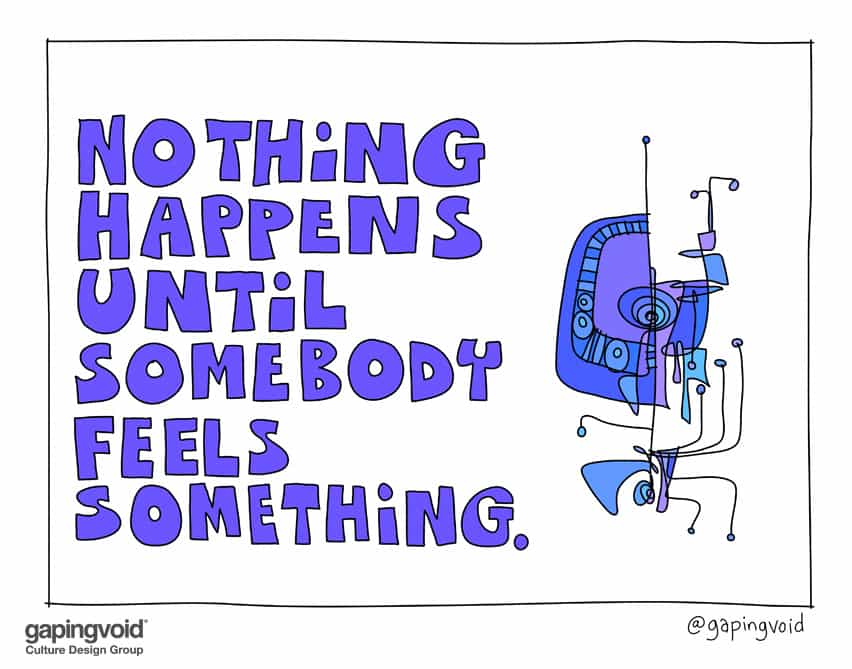 Most leaders expect results to improve strictly through data, ignoring how people feel. The truth is that without altering the emotional landscape of an organization, it is really hard to make change stick. Believing that the simple act of announcing some new initiative, will actually make things change. [Just think about the ridiculousness of that idea].

Actually, the only thing that drives real change are emotions.

A major change is emotional brain chemistry and can be ignited just by a simple thing you do or say. Once you’ve flicked the switch, amazing things can happen. It should be supported by reason or argument.

We often advise clients: Before we change anything, we need to figure out which feelings we’re hoping to change, which emotional switch you’re hoping to flick.

That is where the real change happens: in our hearts, not in the PowerPoint deck.