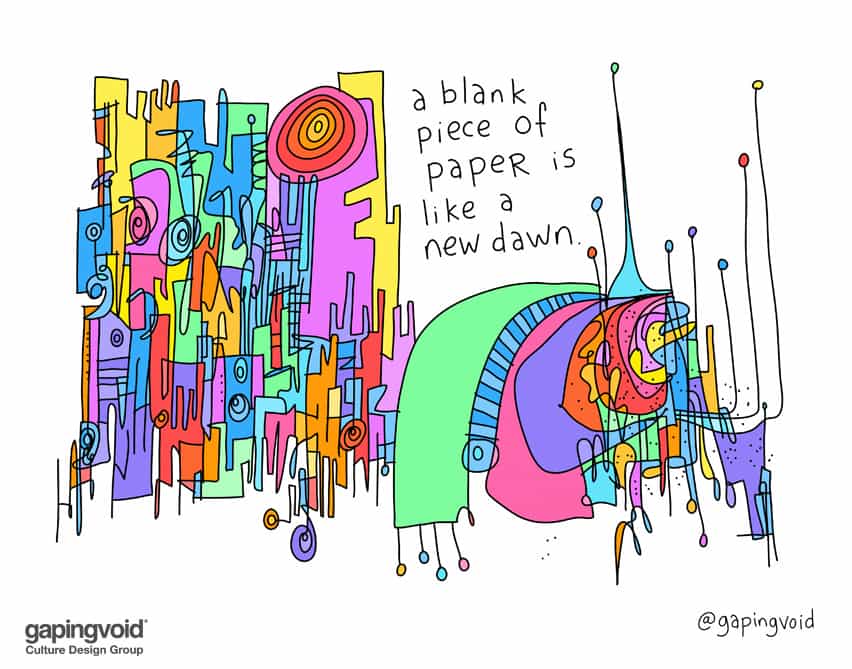 Van Gough made some breakthrough paintings for about 5-10 years, before his life ended.

Warhol was making some pretty radical art for about six or seven years, before going all popstar-formulaic for the rest of his life.

The Beatles had been together just over five years, before they started running out of gas.

Doonesbury was the world’s greatest comic strip in the early seventies, but around 1977-1980 it started losing a lot of its early charm and became a bit more “manufactured”.

The Clash, the greatest punk band ever, had a good run of about five years, then imploded.

Even Picasso, probably the most inventive artist in the history of the world, maxed out atGuernica in the late 1930s and coasted till he died in the 1970s.

And businesses are not that different.

They’ll do amazing work for their first decade as a growing concern, before going public and becoming same ol’, same ol’ commodified, or being bought out and swallowed up by a larger competitor (or going out of business altogether).

What does this tell us? That even with the greatest creators in the world, inventiveness is not unlimited. The gods give us a brief window, and we either jump through it or we don’t.

Know this when your time comes, and act swiftly.