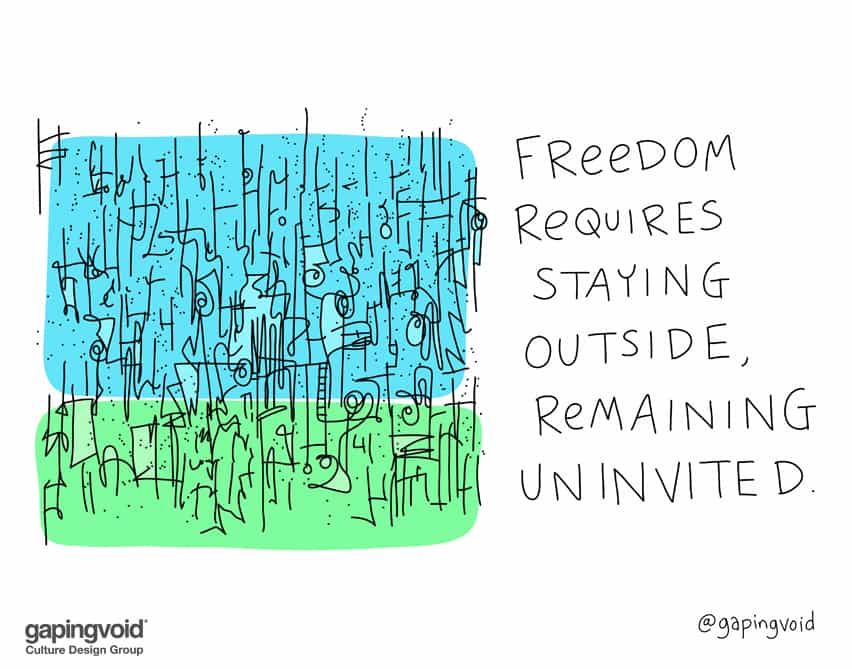 There’s a certain type of person who never puts a foot wrong, who’s always at the right parties, who never makes a mistake, goes to the right schools, who, from the cradle to the grave, ticks off all the right boxes.

You can call these folk “Insiders”. There’s nothing wrong with these people. They mostly tend to be highly functional, effective citizens, honest taxpayers and good parents.

But if they have one disadvantage, it’s that they’re so highly vested in the system that created them, they don’t have the ability to try something totally new, different or -God forbid- risk their position in society.

They’re not here to change the world, they’re here to keep the world the way it is i.e. working in their favor. That’s what being an “Insider” means.

If that’s you, fine. It can be a good, productive life. But if that’s not you, that’s fine, too. It’s a big country.

The trouble with remaining an “Outsider”, of course, is that it can be a cold, lonely and unprofitable place. And sure, in the movies the Outsider always wins in the end (much to the chagrin of the Insiders), and gets the girl etc etc, but in real life, that doesn’t always happen. It is worth noting that this is one of the reason’s why the old ‘Here’s to the Crazy Ones‘ was such an effective ad.