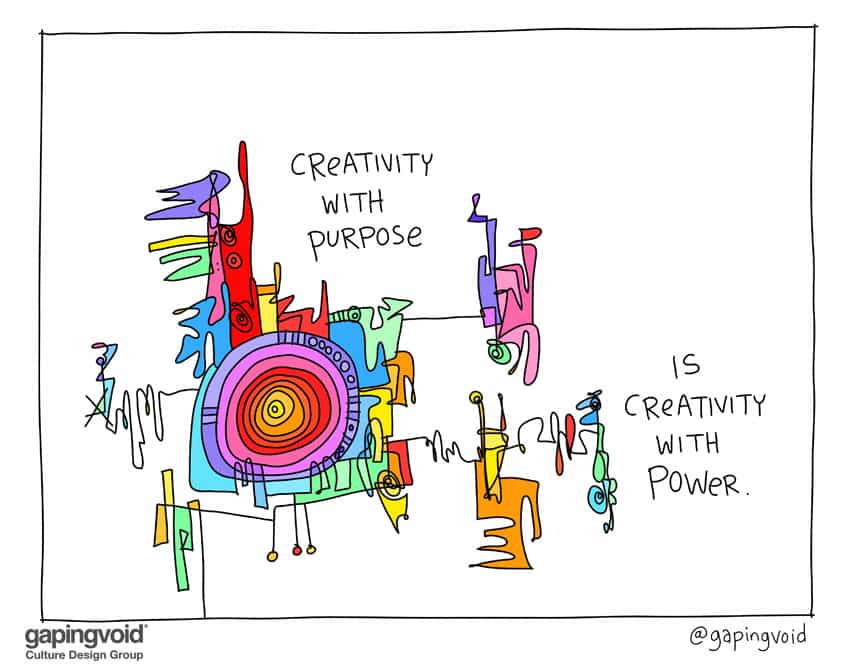 One thing you would’ve noticed, had you been living in London in the 1980s, is how good the advertising was. Miles better than the stuff you’d see the USA. Fresh, cheeky, clever, and best of all, designed to sell.

How did that happen? Simply put, it was because besides having great ad agencies and clients willing to take risks, they had great art colleges, like St. Martin’s or Goldsmith’s, feeding the system.

And these art students, once they graduated, would head to the ad agencies for work. Maybe they would rather have been selling paintings, sure, but paintings are hard to sell, and a job is a job, at least the ad agencies’ checks didn’t bounce.

Describing this phenomenon, Ogilvy’s Rory Sutherland told me, “The distinction I was told is that US advertising stands at the arty end of the business world, whereas UK advertising lies at the greedy end of the arts world.”

(That sounds about right to me, having worked both sides of the pond).

But eventually, you also want your work to be relevant to the real world, somehow. You want to be part of the world of grownups, the world where real things matter, not the foggy, nether world of academe and theory.

That, as much as the money, is why I think these UK art kids go into advertising. Because after a while, creativity without purpose doesn’t feel much like creativity at all. And even if selling more tubes of toothpaste isn’t the most worthy of aims under heaven, at least it’s real work, helping real people and businesses.

Then, it’s all up to you whether you rise the flag and charge. Or not.

This is a not a game. This is real life.