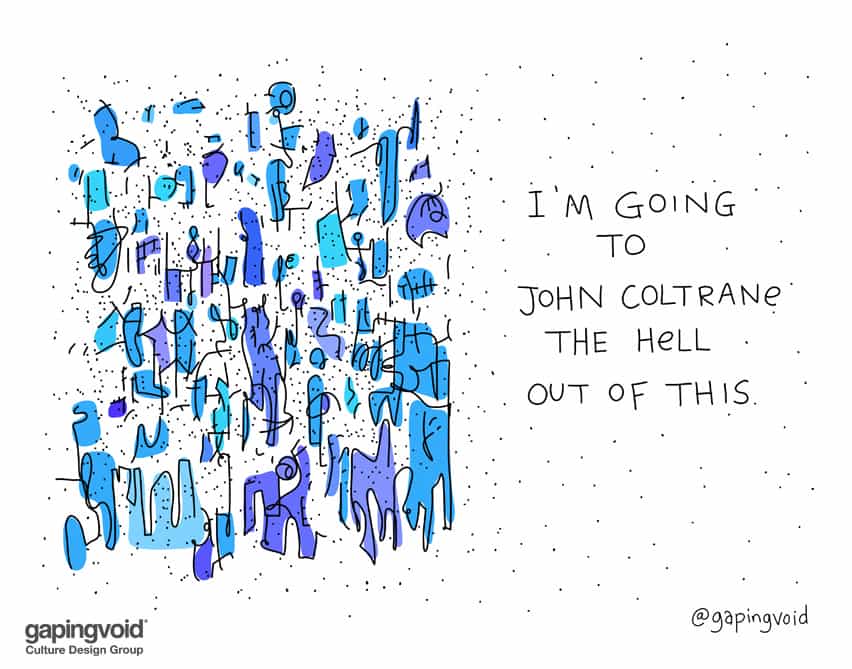 I first heard the phrase, “I’m going to science the hell out of this” on the excellentAstronomy Cast podcast.

Well, if you can use the “science” noun like a verb, what’s stopping one from using a proper noun (“John Coltrane”) like a verb? Nothing.

John Coltrane created one the best records of the Twentieth Century, “Blue Train”, back in 1957. So “Coltrane” symbolizes man at his best, not unlike how the 1969 Moon Landing does, or Beethoven’s Ninth.

Which begs the following two questions