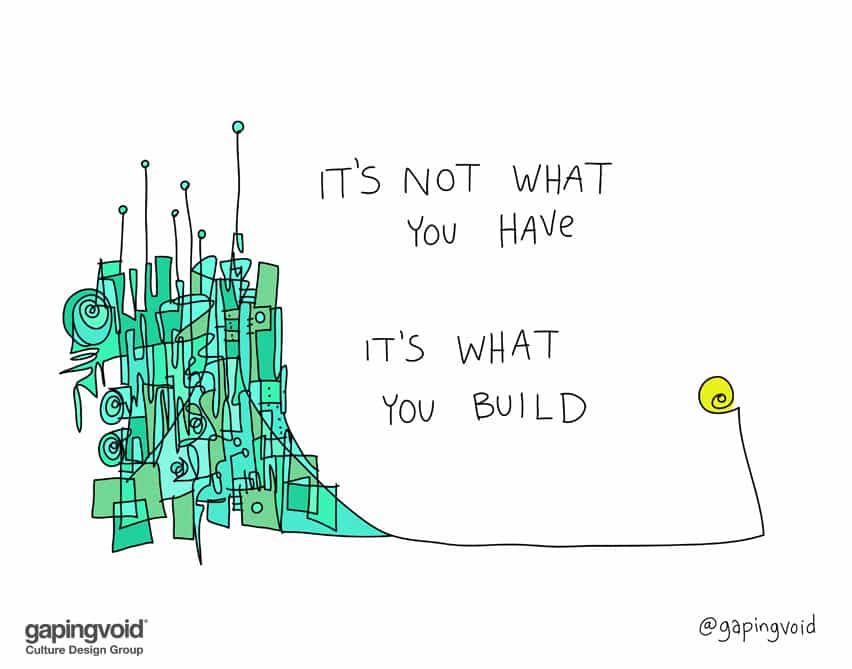 Before he got married, even though he was the richest man in the United States, Bill Gates rented a normal 2-bedroom suburban bungalow and drove a second-hand Subaru.

Gates wasn’t an eccentric, it was just that he was so busy running Microsoft, he just didn’t have any surplus bandwidth to think about shopping for stuff like big houses and fancy cars.

And they say Steve Jobs’ house was a lot smaller than most people would’ve guessed, for the same sorts of reasons.

What does this tell me? That making stuff is more fun than consuming stuff. When they say, “Tis more blessed to give than receive”, this is what they’re talking about.

Creating, giving…. That is where the action is. And if you’re blessed, you figure that out quicker than most.