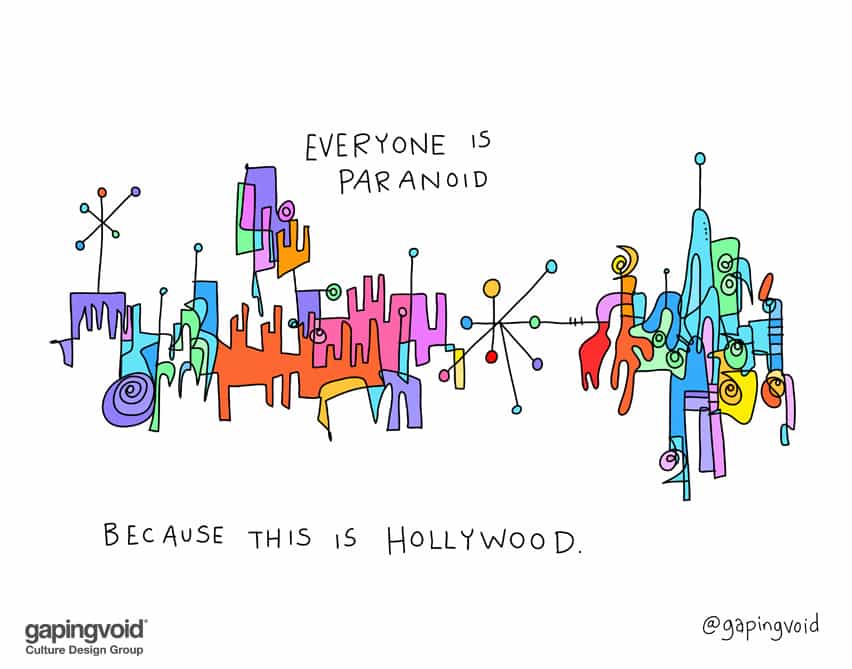 Have you noticed how everything starts seeming the same after a while?

Why all the pop songs sound like the were written or sung by the same five people.

Why all the successful travel Instagrammers are young, female, bikini-clad and sitting on the same beach in Thailand.

Why all the comedians are making the same jokes about the President.

Why all the consultants looking for jobs on LinkedIn are blogging about “Leadership”.

Or why in places that are very dominated by one industry, 85% of the conversations revolve around the same five companies and the same dozen people.

And since when did avocado toast become a thing….?

Well, I’m happy to report that there’s a reason for this phenomenon, and it has a name:“The Lucas Critique”.

Basically, it states that once a successful formula has been established, people will game it.

Game it, in fact, to the point of redundancy. Like the famous Yogi Berra restaurant line, “Nobody goes there anymore, it’s too crowded”.

A variation of “The Tragedy Of The Commons”, I suppose.

Now that it has a name, you need to ask yourself, how badly has your career been affected by it?

Are you truly creating something useful and interesting, or are you just trying to be first in somebody’s else’s line?

Because that’s where real innovation comes from.

That’s why we’re here, at least, that’s if we want to have any fun.