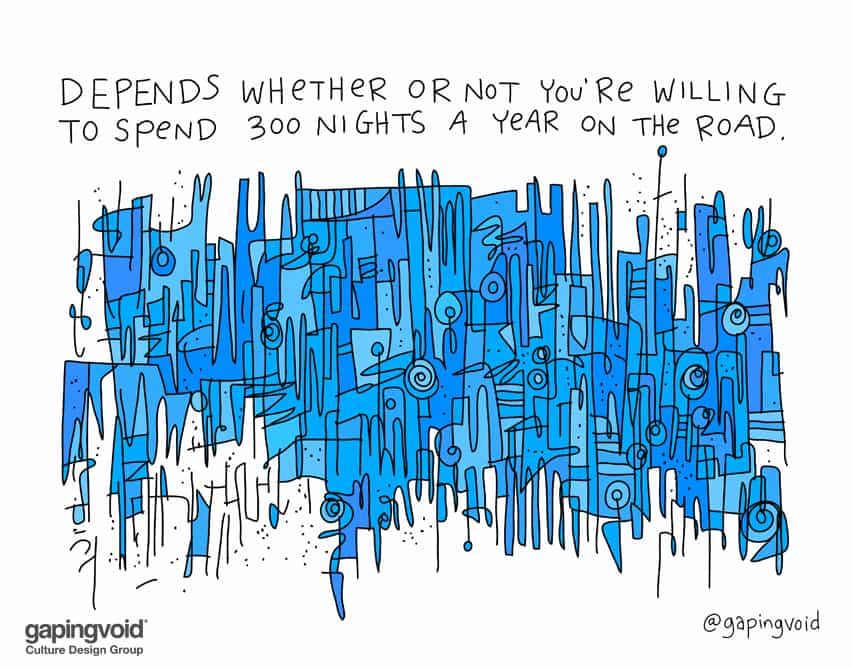 Lately I’ve been following the work of Cheap Trick a lot, that great 1980s garage band from Rockford, Illinois. Like many people my age,  I was really into them when I was fourteen.

Cheap Trick had a few hits 35 years ago, sold a few million records for a year or two, but never quite hit the big time, like their 80’s peers, Foreigner, Van Halen, Journey or Styx. And they sure as hell weren’t The Rolling Stones or The Beatles.

And yet, here they are, still going strong, still touring, still on the road, still getting the crowds in.

Three things they’ve got going for them:

1. Their lead guitarist, Rick Nielsen, though not a household name like Keith Richards or Jimi Hendrix, plays some of the best rock guitar around. He’s just a joy to watch on stage, and he’s respected by some of the top names in the industry.

2. They are REALLY good live. I mean, seriously good. They just know how to light up a room, in a way you don’t hear on the records, in a way most band simply don’t ever get close to. Like Kid Rock said, “Every band thinks they’re great live, until they see Cheap Trick”.

3. They’ve been playing 300 gigs a year for over three decades. That’s ten thousand shows. They’re ALWAYS on the road. That’s what they do. I’ve no idea how that might screw up their family lives or their relationships, but they have mastered the art of “Just Turning Up”.

Part of the time, being successful is not just a matter of being incredibly talented or incredibly lucky. More often however l, it’s just a stubborn, blue-collar willingness to turn up 300 times a year, to never give up, to keep on going, regardless. Cheap Trick is a great embodiment of this, so let their example inspire you.