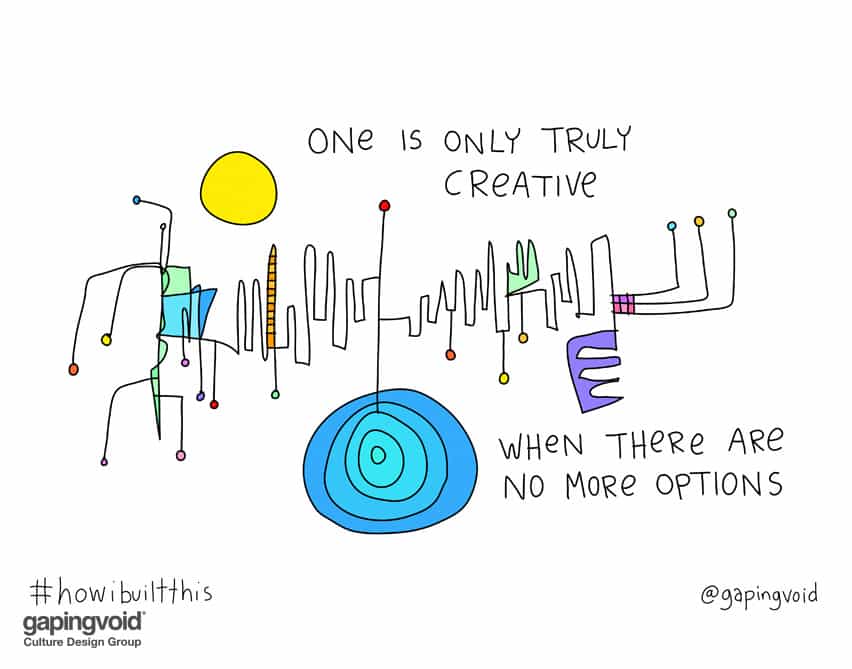 There’s the old joke about the two lumberjacks walking along a path in the woods, when suddenly they run into this large, ravenous grizzly bear.

The first lumberjack reaches into his backpack and pulls out a pair of running shoes and starts putting them on his feet.

“Why are you doing that?” asks the second lumberjack. “You can’t outrun a grizzly.”

This is what the great British advertising legend, Dave Trott calls “Predatory Thinking”:  Creativity not as some kind of sexy, hipster fad, but instead what he calls “the last remaining way to gain a legal advantage over the competition.”

Creativity not as an art form or means of self expression, but as a way of solving a problem. That’s what it’s really for. And the fewer options one has (lack of time, lack of budget etc), the more one relies on it. Beautiful, really.

The sad news was all over the media this weekend: Former Zappos CEO, Tony Hsieh passed away under pretty awful circumstances. We are gutted. A big …

“Culture” is having its moment, and it couldn’t come sooner.   People are asking; “How do we maintain culture at distance?”, “What do we do about …

There’s an old saying: The Stone Age didn’t end because we ran out of stones. No, the Stone Age was ended by the Bronze Age. …