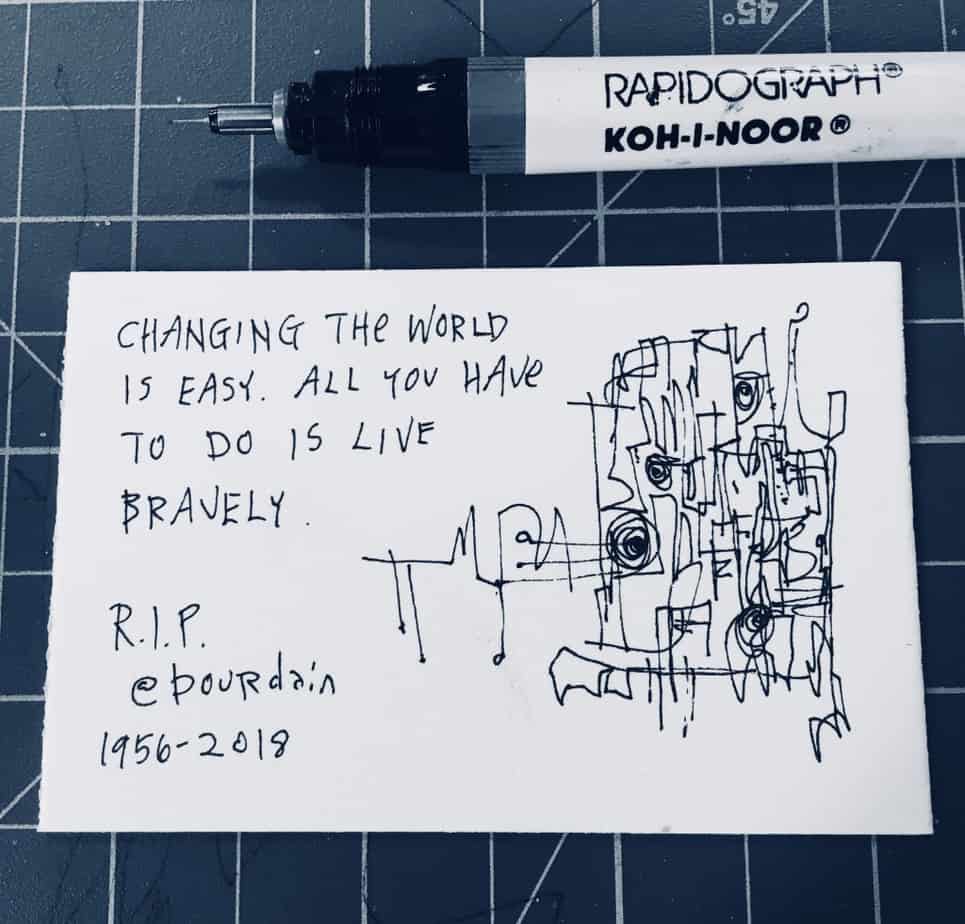 This week we saw two high profile suicides. Both public figures, accomplished, admired and beloved. We saw some news articles finally point out just how big a problem suicide is. Nearly three times as many people die from suicide than homicide in the US. We need to honor those people and respect the struggle with which they lived.

We can’t help but ask ourselves what prompts suicides? To the casual observer, it is merely coincidence that Anthony Bourdain’s suicide followed Kate Spades’, but it most assuredly is not a coincidence. Behaviors, including and especially, ones like suicide, spread socially. Suicide spikes occur after a high profile one is publicized. That also goes for school shootings.

To quote our friend, Paul Marsden, writing about the wave of suicides that followed the publication of Goethe’s novel, “The Sorrows of Young Werther,”

“During the two hundred years that have followed the publication and subsequent censorship of Goethe’s novel, social scientific research has largely confirmed the thesis that affect, attitudes, beliefs and behaviour can indeed spread through populations as if they were somehow infectious. Simple exposure sometimes appears to be a sufficient condition for social transmission to occur. This is the social contagion thesis; that sociocultural phenomena can spread through, and leap between, populations more like outbreaks of measles or chicken pox than through a process of rational choice.”

This is why when people, especially leaders, display bad behavior in your organization, the damage is far-reaching. That behavior spreads, and it gives permission for other people to act out as well.

It is a well-worn insight that we are social animals. This is our hard-wired sociality in action. Behavior spreads. Beliefs drive behavior. This is more proof of why we need to deliberately connect people to positive mindsets.