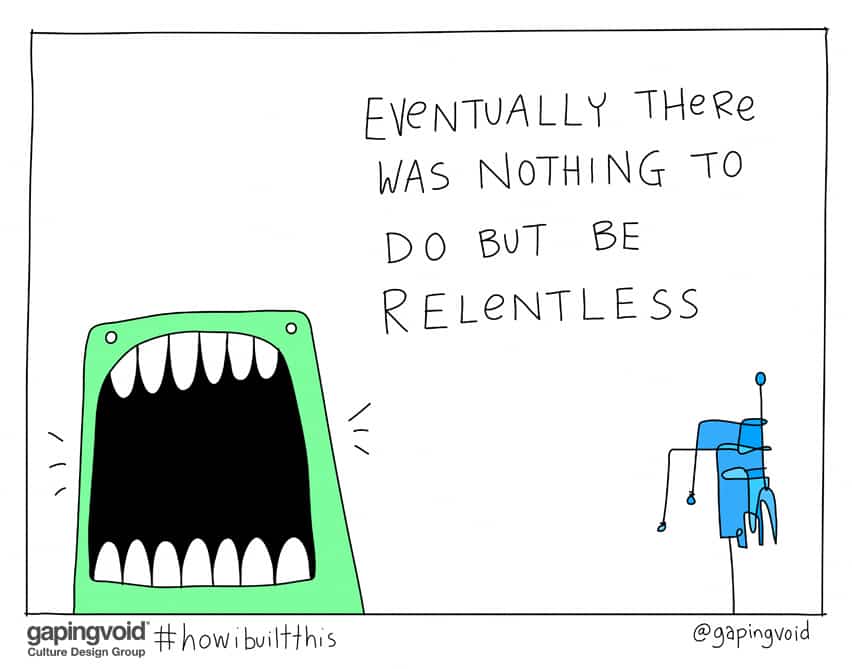 Everybody loves the movie, The Shawshank Redemption.

The protagonist, Andy Dufresne, played by Tim Robbins, has a problem. A BIG problem. He’s an innocent man who’s just been given a life sentence in prison for a murder he did not commit.

So what does he do about it?

Eventually Andy does something…something MAJOR, but it takes him a VERY long time to pull it off, with lots of scheming over many years.

But pull it off he does, and it’s utterly glorious.

The thing is, Andy knew it was going to take a long time, that a quick solution was out of the question, that there were no shortcuts, so he just bided his time and got on with it, not allowing circumstances or setbacks to derail him, no matter how terrible the present tense was moment to moment.

If ever there was a moving story about the power of perseverance, this is it.

I think in business, we all have to find our Shawshank moment. That moment when we realize this undertaking isn’t going to make us overnight millionaires. That we’re still going to be overworked and underpaid for the foreseeable future. That it is still going to be an utter slog, no matter what direction we take.

Have you had your Shawshank moment yet..?