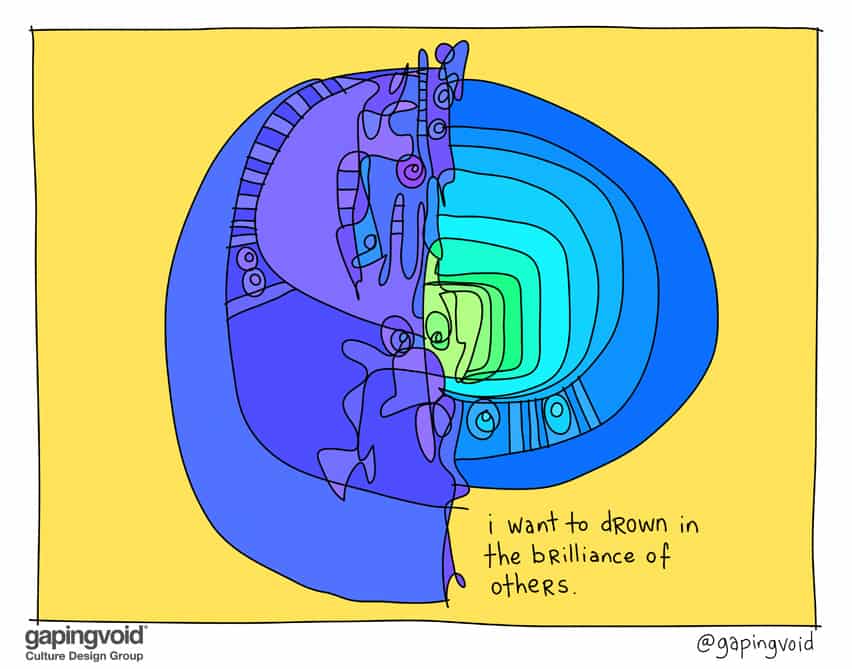 The best part of being smart isn’t that you know more than the average joe. It’s that you get to hang around with other smart people.

I don’t mean “book smart”. I’m talking about street smarts and entrepreneurial smarts. The people who see the patterns sooner than anyone else. The people who make the connections where other people just see a blur.

I learned this in the early 2000, when all the new digerati started hanging out in Paris, thanks to Loic and Geraldine Le Meur’s “Le Web”, which was one of the seminal business events… and they still talk about it, a decade later (plus it was in Paris, which was awesome).

Tim Ferris likes to quip, “If you’re the smartest person in the room, you’re in the wrong room.” Amen. Just as it’s far more fun playing tennis with someone who’s better than you, it’s far more fun talking about stuff with people who are far smarter than you are. Because you just end up learning more, faster, with less effort.

Which is what life’s all about, really.