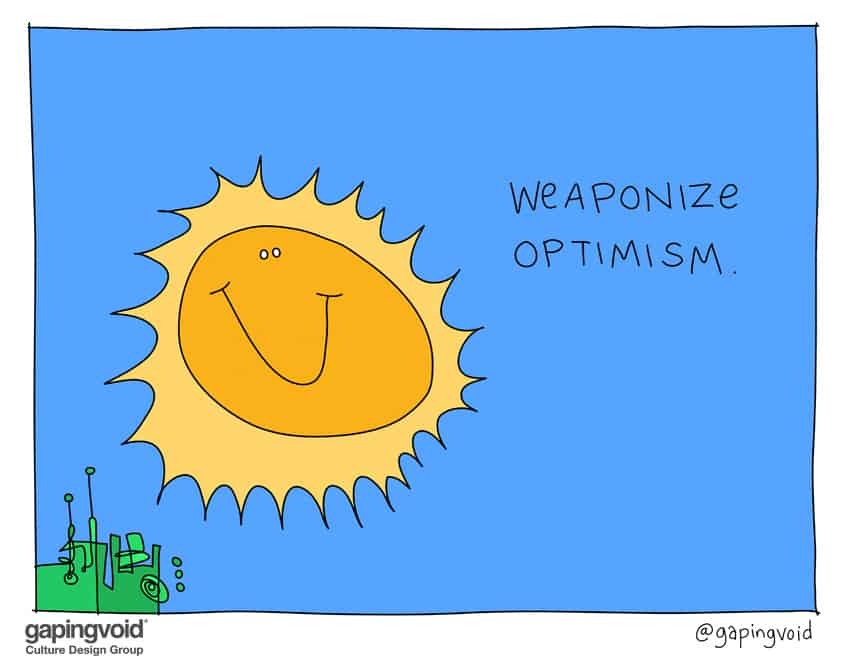 The great book “The Happiness Advantage”, by Sean Achor basically states that success follows happiness, not the other way around. His TED talk is certainly worth watching.

Americans are known for their positivity. And if you ever live abroad, you find out that a lot of non-Americans find that trait REALLY annoying about us. I certainly found it hard to get used to when I first moved here from Britain.

But then it makes you wonder, America has the most successful economy in the world. Perhaps their positive attitude should get some of this credit for this success?

You can agree with that if you want. Sean calls it The Happiness Advantage, but you could also argue that it goes back way further than that, back to the Protestant Reformation and what’s commonly called the Protestant work ethic.

The Protestant work ethic isn’t about working harder than everyone else. Everyone else had to work pretty hard in the old days, if they wanted to survive, not just the Protestants.

What was different about the Protestants was this idea that equated worldly effort with spiritual salvation. In other words, do good works- God doesn’t let slackers into Heaven.

Whether you agree with all this or find it a load of mumbo-jumbo, it doesn’t matter. The science now backs it up. To go into the office without a smile on your face is to go into battle unarmed. Try to avoid it if you can.