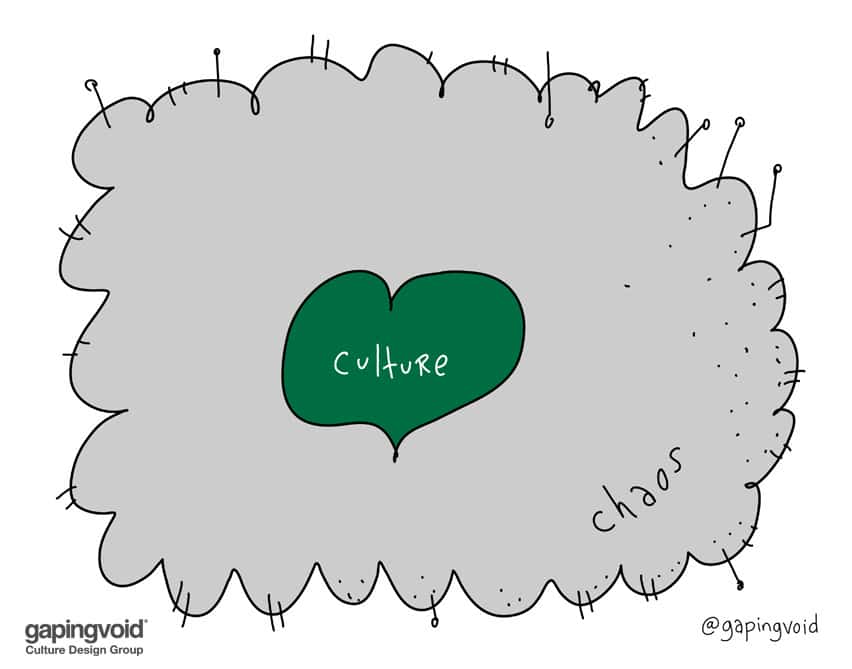 In 2008 Howard Schultz regained the CEO role at Starbucks and began a process of taking the business forward… by taking it backward. His idea was to remind employees of the things that made the Starbucks experience unique- the fundamentals of their original success. He took 30,000 managers to New Orleans, and closed all of the stores for a day of training. They trained baristas, covered customer service and the DNA of Starbucks. It worked, and very quickly the business recovered.

The exercise was, of course, part training and part public relations. It was a way of drawing a line in the sand, signaling to the market that things were changing. A few years later, the stock was up 649%.

The Philadelphia mess of a couple weeks ago requires a major move, and why not just dust off the hugely successful tactic of 2008? Close the stores, signal to everyone that this is an issue that will be solved between 12pm and 5pm, May 29th, and move on. The only issue is that this isn’t the same problem as in 2008, and it warrants a different solution.

It was possible to train for customer service. It was even not that hard to pull out the automatic machines and train baristas to actually make coffee. It is not possible to undo generations of racial bias in an afternoon. The problem isn’t really a Starbucks problem, it is an American problem.

In our work, we are fond of saying that you cannot train for culture. We exaggerate to make the point that cultural norms are learned socially–– that behaviors are spread between people through copying interactions. It is nearly impossible to train culture in a ‘top-down’ model. For example, the racist who undergoes a five-hour racial bias training will still be a racist after the training. They could be a racist in hiding though, which may be good enough for these purposes.

Of course, in any case, it’s a great signal to customers that Starbucks wants to do the right thing and is committing sizable resources to resolving the problem, but it isn’t a solution, and the only solution is a slow process of shifting mindsets and norms.

We are living in a new world where the act of one employee can have huge repercussions on the perception of a giant company. We saw this play out in a different but eerily similar way, almost exactly a year ago with the United Airlines debacle. There is something bigger going on, which is establishing cultural norms, appropriate behavior and mindset are essential for organizational well-being.

We talk about culture and mindset as the operating system of your business, and the only way to make sure that this kind of turmoil doesn’t impact your business is by proactively building cultural norms. Woe is to the organization that ignores this in our new transparent world. 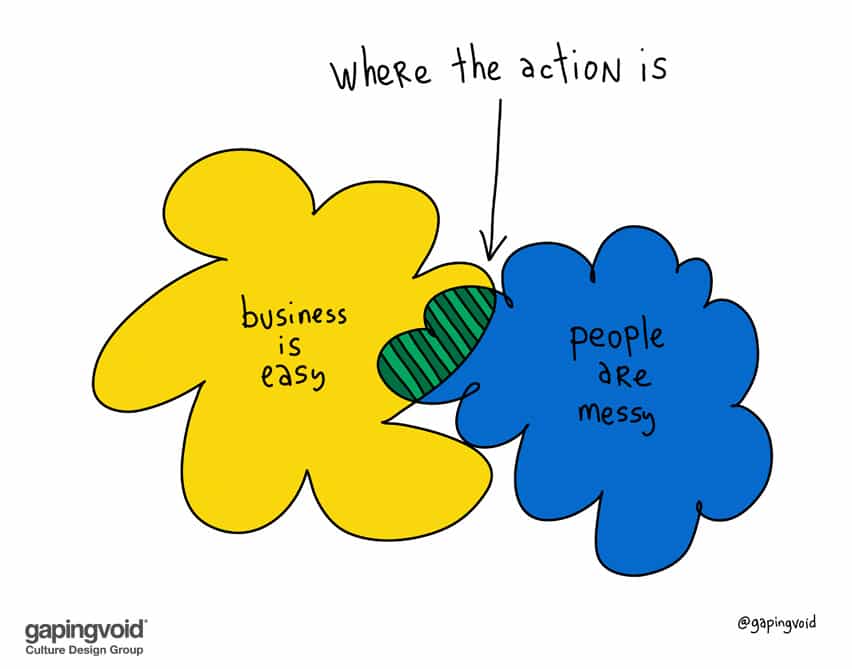 business is easy people are messy where the action is