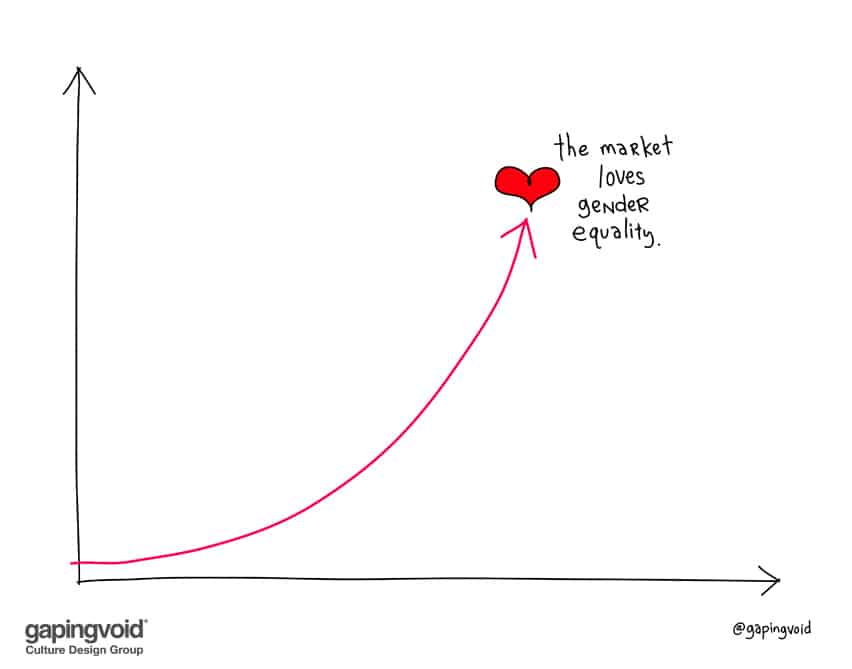 Right now, a woman is being interrupted, called difficult, receiving a poorer performance review, being passed over on a training or growth opportunity, and getting paid less. The facts are the facts.

Today is equal pay day. Look around and do something. Because there are some really great reasons.

We did a great job educating our working women in this generation. Women now have more graduate degrees than the men in your business. Smart fact.

Except that, there’s only a woman executive in 14% of our companies. WTF fact.

They may not speak up as much for themselves, or feel permission like the men, but they’re valuable. Because when they do speak up they’re far more likely to get ignored.Ghost fact.

Another fact: when there’s only one female executive in a business, over half the men in that business report that women are equally represented. Sad fact.

The point being, you aren’t realizing what’s really going on in most businesses, and that’s a problem. Pay more attention, interrupt less, and value the things that we really should value: people of value.

Give us a chance. We got this.