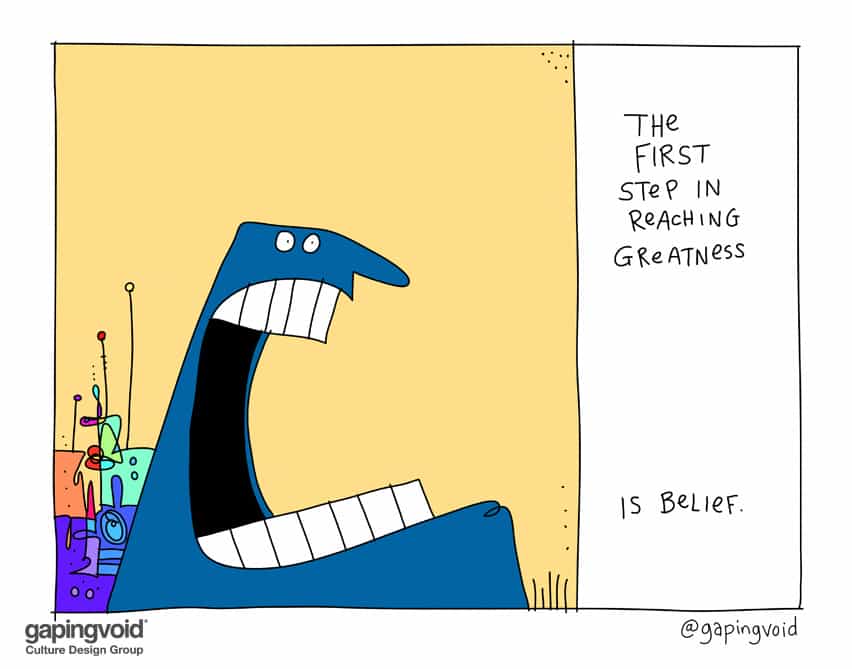 There’s a lot of appeal in the “Forrest Gump” school of achieving greatness… the idea of the “gee-shucks” everyman stumbling upon greatness, almost by accident. Why? Because it gives us hope. Because most of us have more in common with the gee-shucks everyman than we do with say, Napoleon or Alexander.

We want to achieve greatness, but we want to keep it down to a manageable, human scale. Like everyone else, we want best of both worlds.

If achieving greatness is important to you (whatever that means), it’s far more likely to happen if it’s all about an awesome idea. If we stand for a change we wish to make in the world.

If you look at transformative leaders, they all seem to have this intense, unwavering belief in their cause, be it business, social or political. Often it looks like borderline delusion.

And while it’s important to believe in yourself, greatness comes from the belief in a cause.