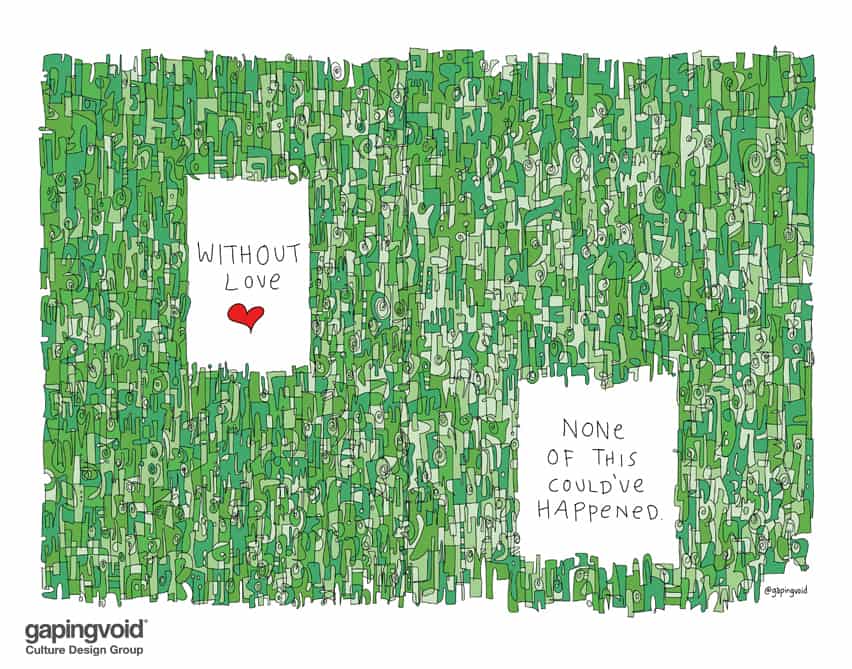 True story: This line came out of an original drawing I gave to Bill Gates, the first time I ever visited Microsoft campus in Redmond.

I had this idea that Gates could not have built this incredible organization just because Gates wanted to be rich. If he just wanted that, it would’ve been much easier (and more likely) to open a couple of lumber yards in town and be done with it. No, for Microsoft to happen, there had to be much deeper waters being dived into.

I was thinking about how much passion it would’ve taken to build a company as large as Microsoft, in such a short time. It would have been frankly impossible without love. Plus, this was long before Microsoft managed their amazing cultural turnaround, when the chattering classes were still ruling them out long-term.

Us business types don’t like using the word “Love” much, at least, not in a meaningful way. It embarasses the grownups.

But try doing anything worthwhile without it…

If gapingvoid stands for anything, it stands for bringing more love, in the most meaningful sense of the word, to the workplace.