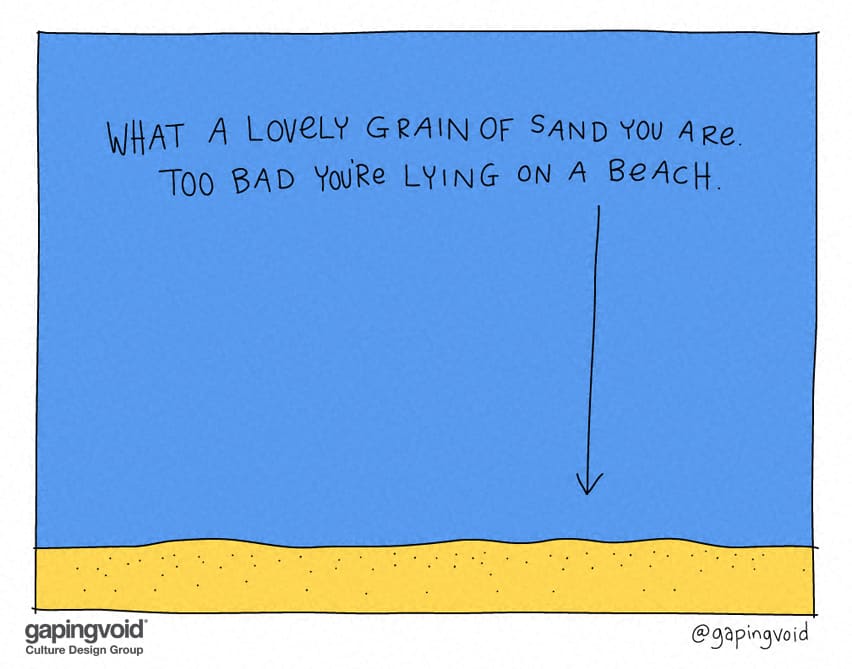 The famous Long Island band, The Stray Cats got their breakout moment in 1980, when on a whim, they sold all their stuff and flew to London, found some floors and couches to crash on, and tried their luck at standing out in a sea of British synthesizer pop bands.

And it worked. They got their record deal inside three months, not to mention, new fancy friends opening doors for them, like Mick Jagger and Chrissy Hynde.

Had they gone to Nashville or Texas instead, they would’ve been just another Rockabilly band trying to make it, but in London they were competing with electronic bands like Depeche Mode and The Human League.

[In business book circles, they call this “Blue Ocean Strategy”… finding a niche where the other fish aren’t feeding, as opposed “Red Ocean Strategy” where all the fish are feeding in an utter overcrowded bloodbath.]

The goal must be to find your purpose and do uniquely, exquisitely, and in a way that keeps you off the beach.

Blaze your own trail. The other ones are already too crowded.