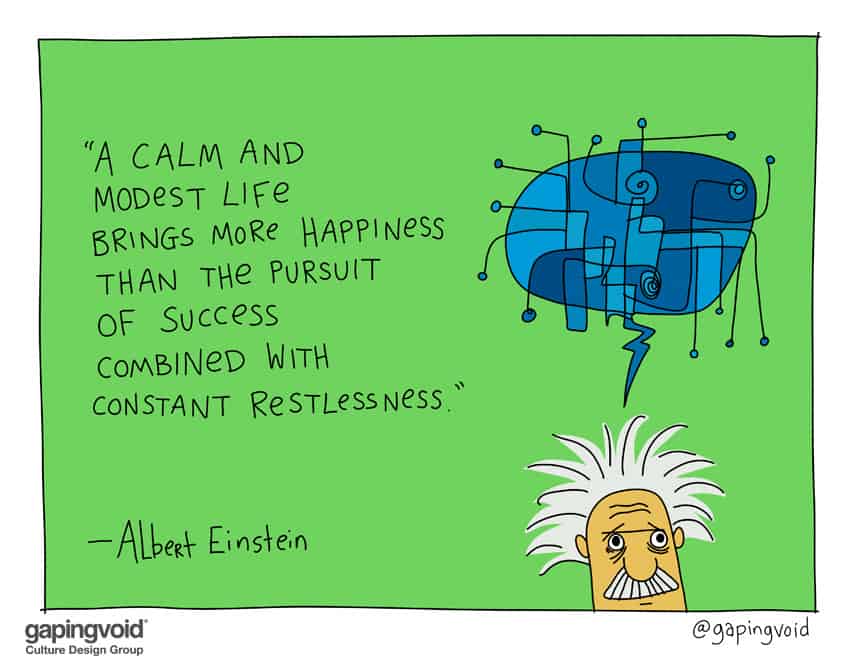 Somebody did buy happiness. Albert Einstein’s theory of happiness sold at auction. Someone paid $1.3 million for a piece of paper.

On it Einstein wrote;

“A calm and modest life brings more happiness than the pursuit of success combined with ceaseless restlessness.”

He wrote this in 1922 just as he learned of his Nobel Prize in physics. He didn’t have money to tip a bellhop so he wrote that advice instead.

Most of us have plenty (by a lot of standards). Not having enough, by itself, isn’t what’s making us unhappy.

It’s having enough and not knowing it.