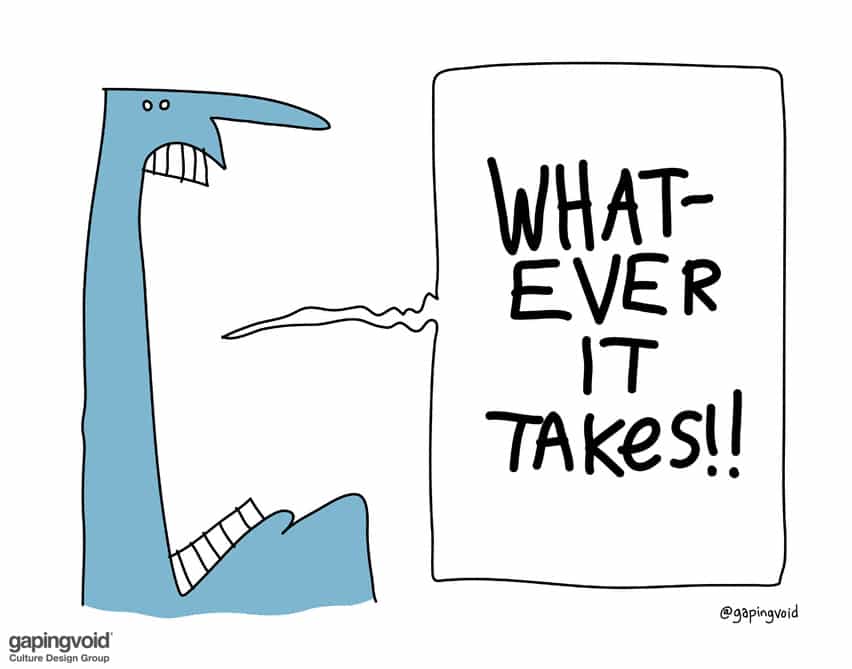 There are two kinds of “Whatever it takes” behavior.

The first is the obsessive, fanatical kind. The guy who will fix bayonets and charge across any minefield, without giving it a second thought, just because.

This kind of attitude has its uses, especially if one is not phased by a high body count.

(SPOILER ALERT) I prefer the “Whatever it takes” attitude of the Tim Robbins character,Andy Dufresne, in “The Shawshank Redemption”.

Andy does whatever it takes, but he doesn’t set himself a deadline.

He just keeps plugging away, digging his tunnel with his little rock hammer for twenty years, without telling anyone.

Eventually it pays off.

“The redemptive power of persistence”, as it were.