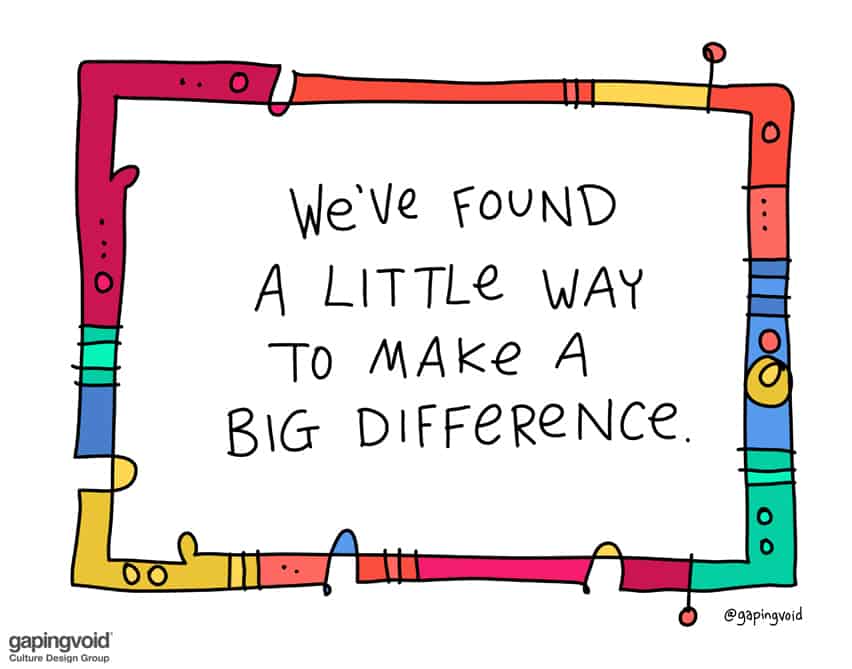 Everybody reading this wants to make a difference. Of course we do. That’s been the human condition since Adam bit the apple.

(And while we’re on the subject, the human condition is not so much about every rose having a thorn, but every thornbush having a rose. Life is a thornbush, making a difference -i.e. Love-  is the rose etc.)

And here’s the thing: Most people I know who wanted to make a difference, did so. It was just a question of having enough talent, stamina and discipline to last long enough, until the stars aligned in their favor.

Until that moment happens, the big question is, “Will I make it?”

But the bigger question is, “Yes, but for how long?”

Yes, your time in the sun, your time to “make it” will come, but it does pass, and it passes quickly.

Jimi Hendrix and The Doors and The Beatles and Van Gough and Modigiani and Keith Haring and Basquiat had a handful of years, then it was all over. And in startups, hey, remember Friend Feed? Or Mashable? Or Gawker? Where are they now?

But some folks manage to keep it going. U2 or Rush the Stones still manage to play stadiums after decades on the road. Companies like Apple, IBM and Microsoft have regenerated many times.

Joe Rogan went to being a second or third tier sitcom funnyman to being the most interesting broadcaster/interviewer/podcaster/new media rockstar on the planet two decades later. He kept moving forward, re-inventing.

But what does all that mean for you, exactly? You tell me. Others figured it out. You figure it out.