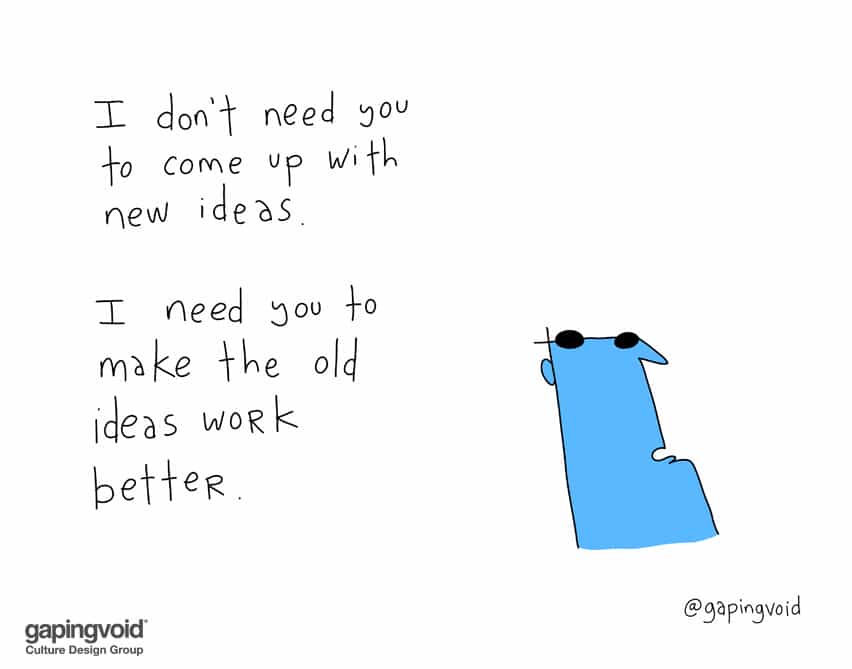 So according to Techcrunch, America is losing its infatuation with Silicon Valley.

I guess it was inevitable.

You see, I have a few famous friends. Not just internet-fame, but actual fame.

As one of them so succinctly put it to me recently, “It just creates a lot of noise, both inside and outside. Makes it impossible to get any meaningful work done.”

To which I replied, yes, exactly. When anyone, or anywhere, or anything becomes “a thing”, it/they suddenly lose their magic.

I can think of lots of “things” that were new & amazing at one point, that aren’t so much nowadays.

Or if they are, they’ve gotten REALLY expensive and/or swamped with tourists and hangers-on, making it really hard for people with real lives and real needs to get anything truly valuable from it. For example:

So what happened to us, exactly?

It used to be hard to know what the next “thing” was.

Then the Internet came along, and made it far, far too easy.

To paraphrase Yogi Berra, nobody eats there anymore, it’s too crowded.

Our culture is Yogi-Berra’ing itself to death, taking your equally Yogi-Berr’d lifestyle down with it.

You thought your were blazing new trails. While the whole time all you were doing was waiting in line.

For brunch. In San Francisco.

So how’s it working for you…?