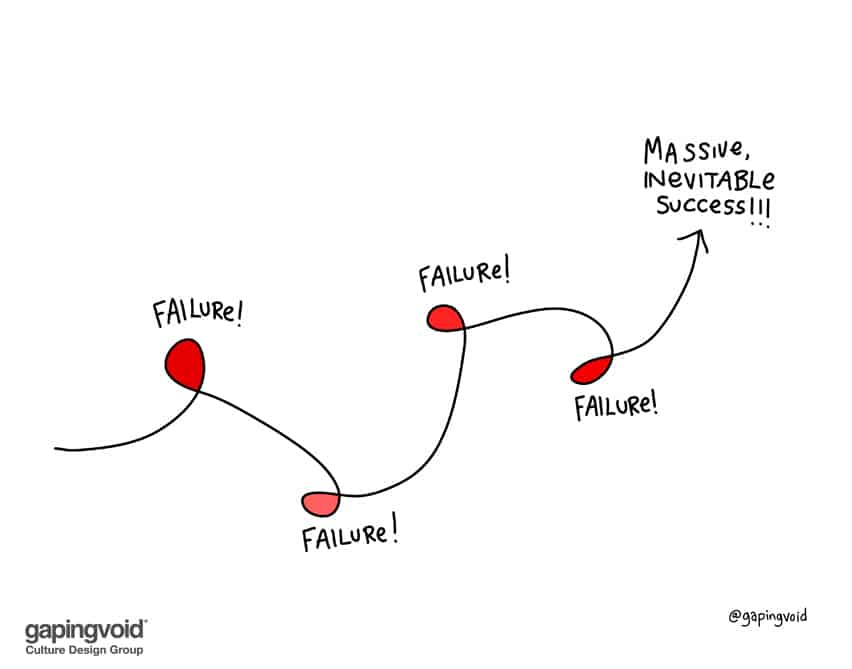 Failure resonates with us much deeper than success. It’s how we’re built. Humans learn from the negative experiences, with occasional encouragement from the positive.

So, to learn, we have to fail. For things to stick, they have to go wrong once in a while.

This doesn’t make failure easier to admit to or to deal with. Just because it’s beneficial doesn’t make it fun.

But it needs to happen.

And when the failure is over, and things start to go right — you know that you’ve really learned.