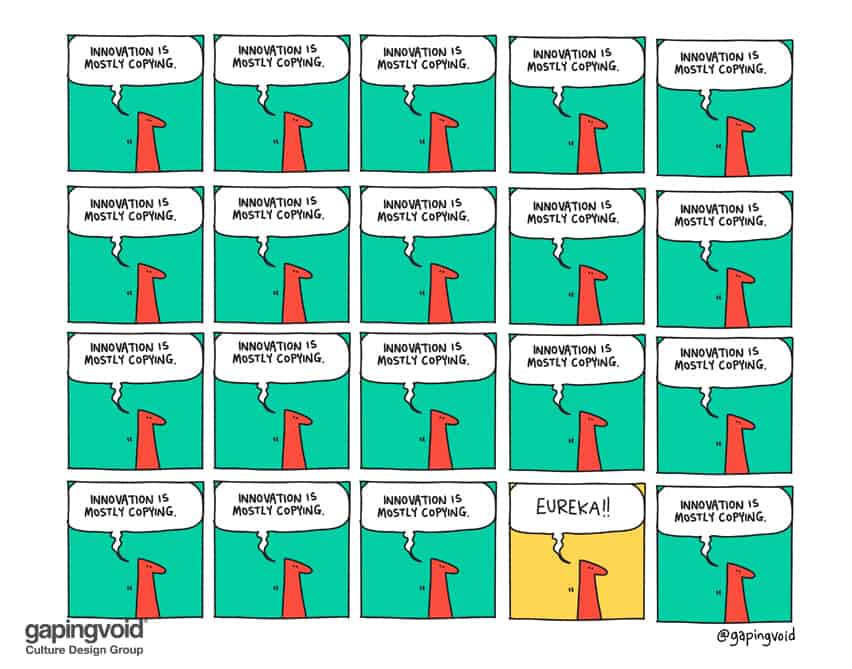 Don’t worry: you’re not the first one to have a really creative idea that’s mostly someone else’s idea with a few tweaks.

For an idea to be incredible, it doesn’t have to be entirely original — it just has to work really, really well. No one expects something from nothing. People just want results.

Innovation is making the best product possible. That’s all.