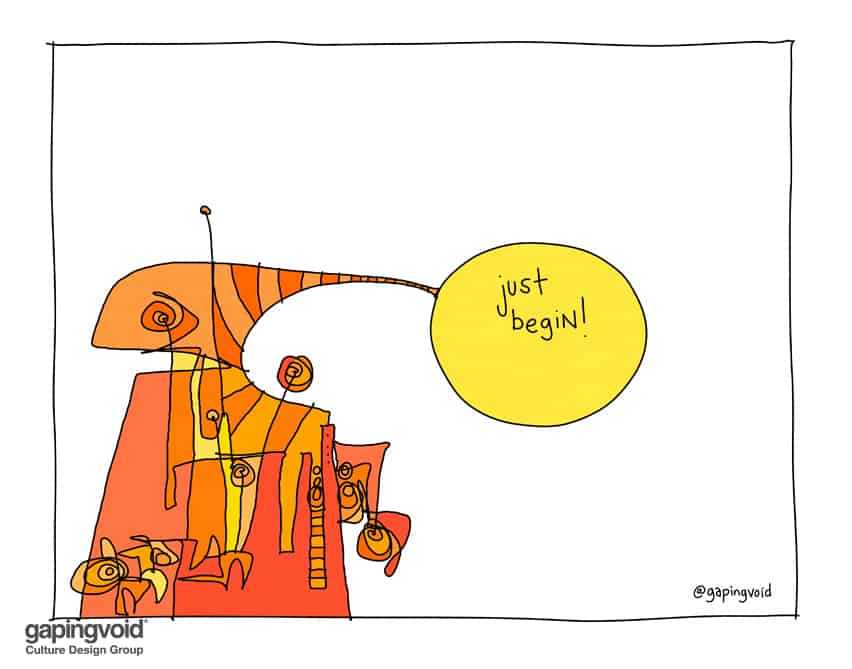 There’s a strange misconception that, to be a writer, the smartest thing to do is go head-over-heels into debt for an MFA, and then move to New York to work in publishing and be close to the action.

The missing step there, though, is actually doing the thing.

When does the writing start?

Being close to the action is still very far from being the action. It’s often not about what you’re doing most of the time, but how you’re using the small bits of time.

Instead of nine hours a day circling the action, you spend time every day fully engaged in it.

And soon enough, those hours add up, and those words come together.
And then you’ve written something great, without wasting all that time trying to get close.