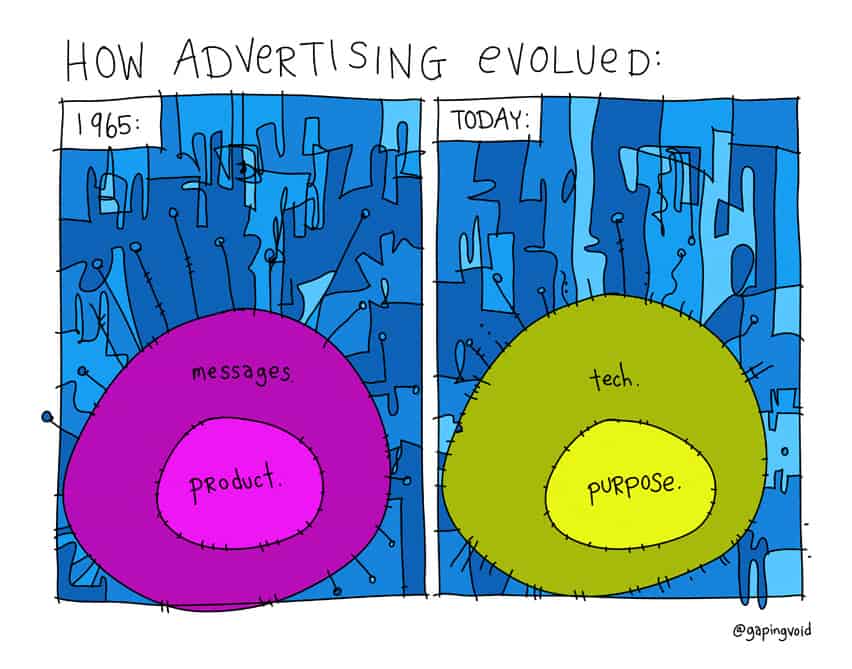 I got into in the advertising business just as the Mad Men era was ending, and the Internet era was beginning.

What is it now? I have no idea. It’s been years since anyone has ever mentioned a TV commercial to me in casual, offline conversation. Sure, people may link to one another on Facebook, but to hear a cute waitress to quote one to you, and for you to know the reference? It simply doesn’t happen anymore.

So what has taken its place? Adtech. Data. Internet. Machines.

Not only are the machines creating our ads for us these days, the machines are even clicking on the ads for us. Increasingly it’s an industry that doesn’t need any people in it, on the producing sie, nor the consuming side. Just so long as the algorithms are kept happy.

This is what happens when you have 80% of the world’s advertising being created by the same five publically traded global companies, all working the same “best practices”. Out with the maverick thinking, in with the spreadsheets. Nobody cares as long as the stock price goes up.

Guys, we can do better than this. We simply have to.