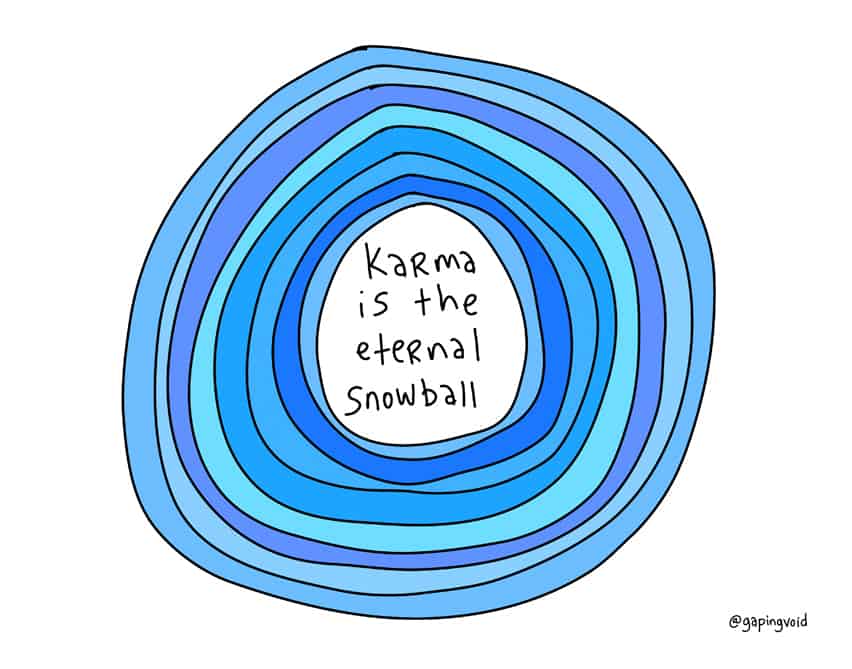 Will that random kid you were unkind to in the playground, back when you were seven, somehow affect the future, decades later? Will the time you shared your ice cream with another kid a few days later, even though you didn’t have to, affect a big business outcome in your forties?

It’s hard to imagine this when you’re a kid, but the older you get, the more you see these karmic boomerangs appear suddenly out of nowhere.

It’s pretty terrifying to think that every deed you make, however small, however trivial, will be rewarded or punished in the fullness of time, at least indirectly.