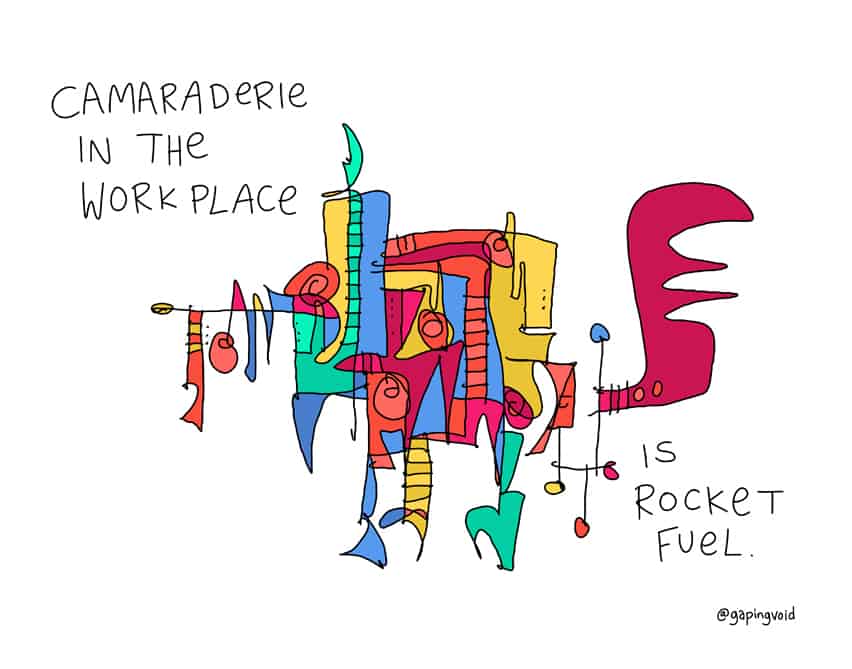 Here’s the thing: When gapingvoid does culture consultancy engagements with clients, one of the very first things we ask in the focus groups is, “So what do you like the most about working here?”

And a lot of times, the first thing they’ll say is, “I love the people I work with”.

Of course that is a good thing, it would be miserable otherwise.

Then again, saying “I love the people” is often shorthand for “I don’t actually care about the work that much, but hey, at least the people are nice”.

i.e. Great environment, shame about the lack of purpose.

The trick is, of course, is to have both. Napoleon liked to say, “Good morale is worth an extra fifty thousand men.”

That’s what real camaraderie is: to like and respect the people who passionately share the same sense of mission that you do. Napoleon understood this, and as long as he could keep it going, his armies never lost a battle. Ever.

So it’s something to think about- not just how engaged people are with their work, but how engaged they are with each other and the shared mission. All three fuel the other, you can’t separate them.